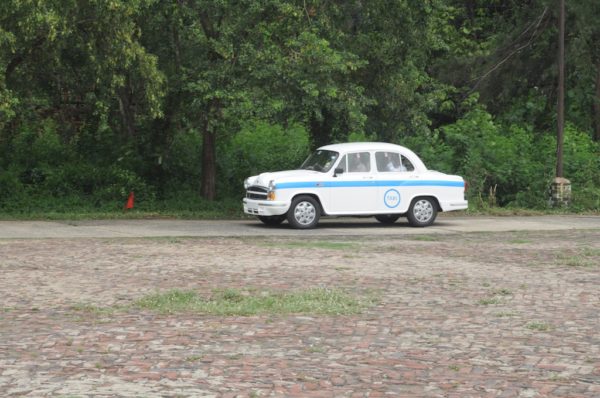 No Refusal Taxies is running all over Kolkata and the speciality of these cabs is that they won’t refuse to be on service even in late night, bad weather, bandhs and rallies. These taxies will have a blue-white color combination and words No Refusal painted on them. 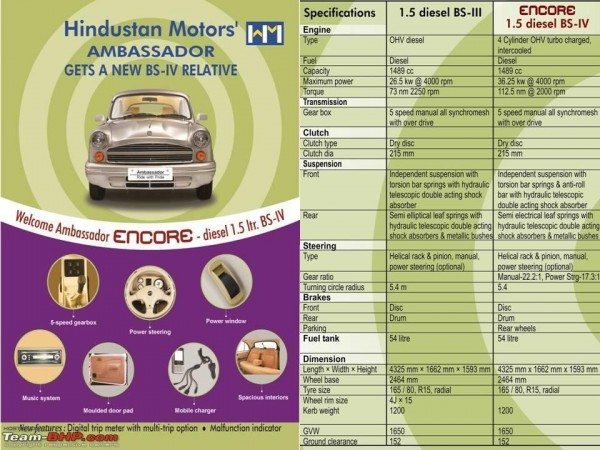 HM refrained from revealing the specs back when it launched the BS4 compliant Ambassador Diesel. However, Team-bhp has now come up with the official spec sheet for the latest Ambassador variant and as we suspected, there is nothing really new about the car’s specifications.

The car gets a new turbo and intercooler for its 1.5 liter overhead valve engine. The engine now has a max power of 50 BHP and a peak torque of 112.5 Nm, considerably more than the 36 Bhp and 73 Nm that this motor earlier developed. 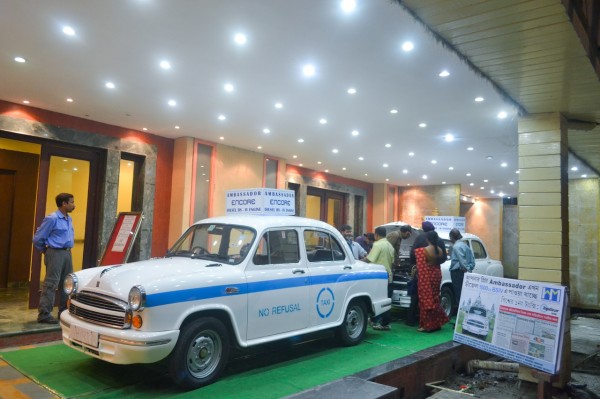 Back when the car was launched and the “no refusal” programme was launched, Mr. Uttam Bose, Managing Director & CEO, Hindustan Motors Ltd., had said,”It is a game-changing offer from HM which has always accorded highest priority to customers’ needs and purchasing power. The company made significant investment in terms of money and man hours to upgrade its BS III 1.5-litre diesel engine to BS IV standards and OBD 2 level. Yet it has chosen not to pass on the expenditure to customers. Through value engineering and cost-efficient manufacturing, HM is able to offer Ambassador Encore at this amazingly low price without any compromise on quality.”