Couple of months ago, we had reported about  the upcoming Grand i10 Sedan from the Korean car maker. Now, thanks to the good folks at IAB , we have the first batch of  spy pics of the sedan version of the Hyundai Grand i10. The car was caught testing on the Chennai-Vellore Highway. 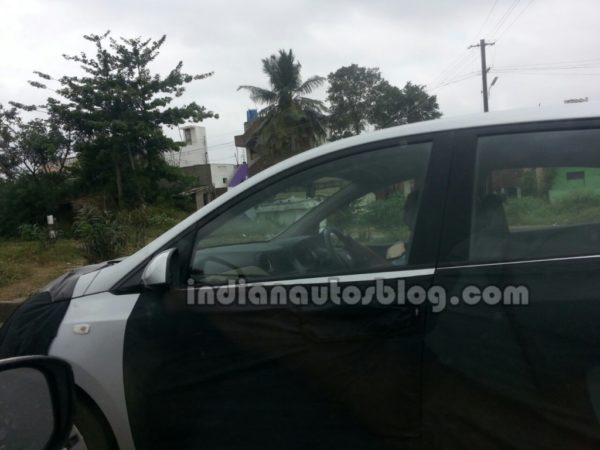 After discontinuing the Accent, this will be Hyundai’s re-entry into the entry level sedan segment. The car will be pitted against the Maruti Suzuki Dzire, Tata Indigo eCS and the comparatively new Honda Amaze. All these three cars have a fuel efficient diesel powerplant, so Hyundai will have to ensure that the Grand i10 sedan won’t lag behind others in terms of fuel efficiency. 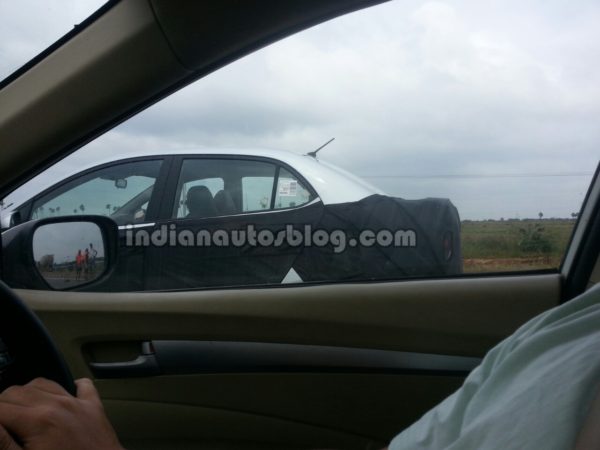 Speaking of the design, the car will be under 4m in length, which will make it eligible for the small car excise duty bracket. This fact can be confirmed from the pics, which show the small boot. IAB reports that the car uses the same dashboard arrangement as that of the hatchback, and the car looks production ready. 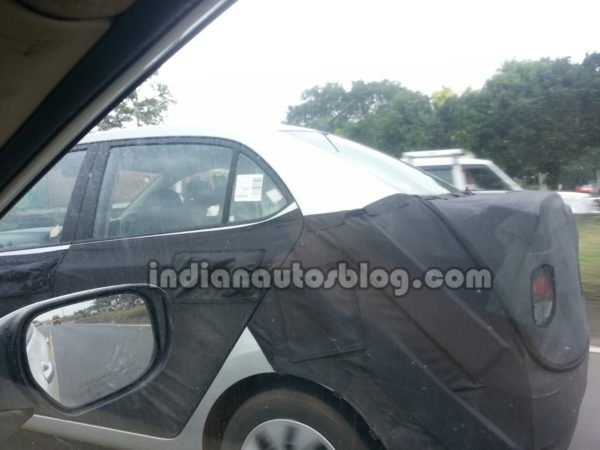 The car will be powered by the same 1.2 liter Kappa2 petrol motor. About the diesel, it will be interesting to see if Hyundai will offer the car with both the oil burners- three pot 1.1 liter or the four pot 1.4 liter from the i20.  The car will be available with both manual and automatic transmissions.

Stay tuned to Motoroids for more dope on the upcoming Hyundai Grand i10 sedan.