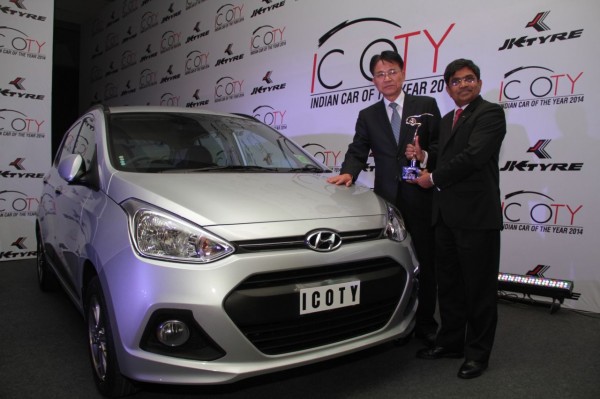 Hyundai Grand i10 has won the most coveted Indian Car of the Year 2014 (ICOTY) award. The newly launched car has been a great success story for Hyundai Motor India Limited. The Grand i10 received an overwhelming response and entered the chart of top 5 selling car brands in India within second month of its launch. Over 35,000 units have already been delivered to customers across India in just 90 days of its national launch in September 2013. Now by winning critical acclaim at the highest level in India, the new car is all set to get even more popular.

The Indian Car of the Year Award, widely considered the most prestigious Indian award for an automobile for any given year has been instituted by a jury of senior editors from prominent automotive publications in the country. Currently the jury comprises of editors from Top Gear, Auto India, Motoring, Car India, Overdrive, Auto Bild, AutoX, Hindu Business Line and EVO. 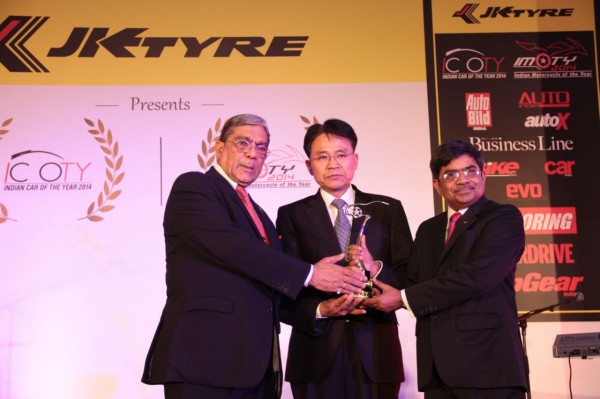 On receiving the award, B S Seo, Managing Director & CEO, Hyundai Motor India Ltd, said, “We are honored to win the most prestigious automotive award – The Indian car of the Year 2014. The Grand is a world-class product developed for the Indian market and winning the ICOTY 2014 marks its phenomenal success. The ICOTY 2014 symbolizes Hyundai’s commitment to Indian customers by offering high standards of quality, durability and reliability. Grand has consolidated Hyundai’s its position as a trendsetter and leader in the premium compact car segment. We are humbled by the overwhelming response and appreciation Grand has received by the customers, media and jurors. We thank our customers for making Hyundai Grand i10 a grand success.”

Congratulating the winning car, Mr. Girish Karkera, Editor, BBC TopGear India & Chairman of the jury, Indian Car of the Year 2014 said, “Nowadays manufacturers are getting so competitive with making cars that it gets very difficult to choose one car over the other. The differences are sometime almost negligible and with our kind of fair voting system the verdict can go either way. Indian Car of the Year title is a respected one and I am happy to see a car as good as the Grand i10 now wearing the crown. In our collective votes it has come out on top as a wholesome product with that added flair that has tilted the verdict in its favour.