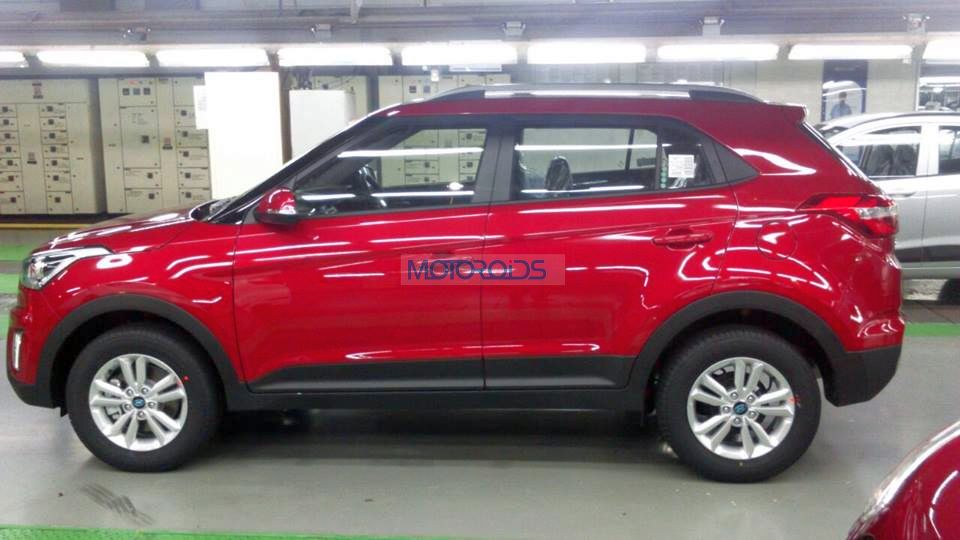 The Creta is expected to be powered by the familiar, Verna sourced 1.4- and 1.6-liter CRDi diesel engines paired to a 6-speed manual and automatic transmissions, along with the 1.6-liter VTVT petrol engine paired to a 5-speed manual gearbox. It’s here to scare away Renault Dusters and Ford Ecosports. 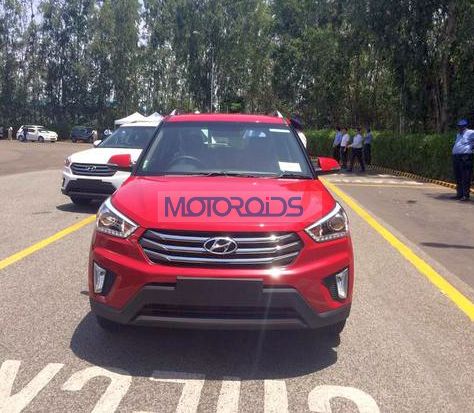 Three thick slats of chrome with some detailing on them fill up the large, hexagonal grille. Apart from being a nod to it’s bigger bother, the Santa Fe, the grille should give the Creta a commanding presence on the road. The sharp headlamps feature projector illumination, as well as LED Daytime Running Lamps. Vertically aligned fog lamps flank the wide air dam, while a black scuff plate guards things. An expected width of 1780 mm makes the Creta wider than the Ecosport (1765 mm), but slimmer than the Duster (1822 mm). 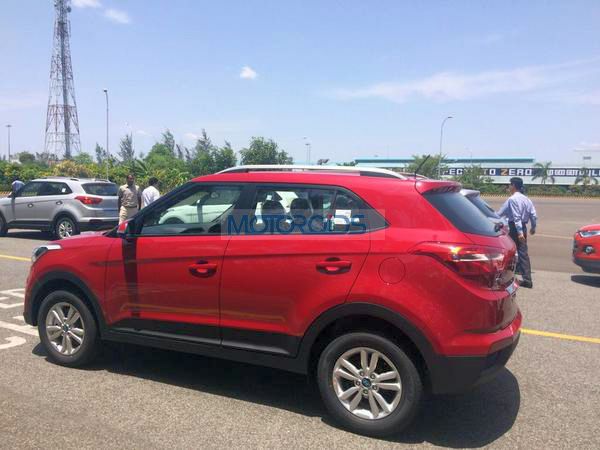 The sides reflect a well proportioned compact SUV, with a prominent character line, blacked out A-pillars, rather slim windows, subtle wheel arch flares and well calculated overhangs. The black, plastic cladding below is cleanly integrated with the bodywork, while roof rails in contrast color give it some character. The only let down seems to be the relatively small 15 inch (or are they 16 inch?) alloy wheels – the design of which varies from that of the ix25. The Creta is expected to be 4270 mm long, which makes it longer than the Ecosport (3999 mm), but shorter than the Duster (4315 mm). 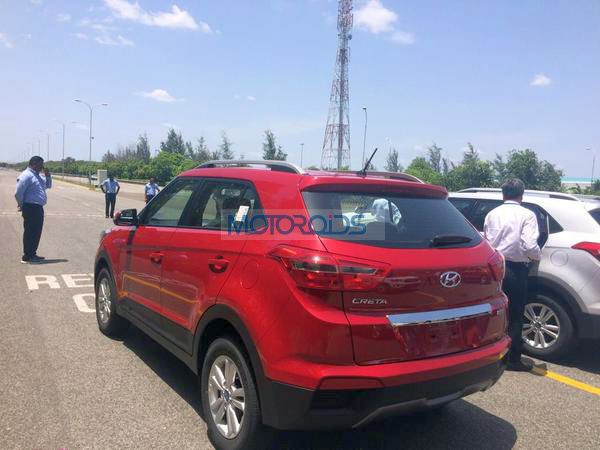 Indians love their shine, so the first thing that catches the eye is the chrome applique above the registration plate recess. The rest of the rear is characterised by a two step bumper, faux intakes topped with reflectors, and a scuff plate. The tail lamps are styled along the lines of the headlamps, and appear to converge on the Hyundai logo. The Creta should stand 1630 mm high, while the Duster (1695 mm) and Ecosport (1708 mm) both stand taller. 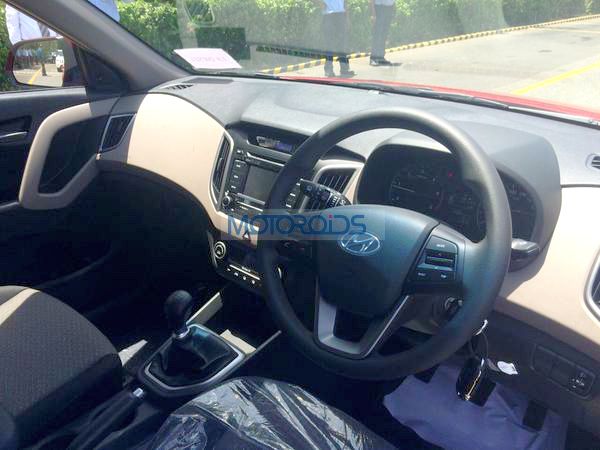 The interiors reveal a multifunction steering wheel with controls for audio & telephony, a dual tone (beige + black) dashboard with metallic accents around the HVAC vents, fabric seat covers, an automatic climate-control system, and an infotainment system (non-touchscreen). Photographed here is the SX variant, but the range topping SX(O) variant benefits from a touchscreen infotainment system and other additional goodies. Like existing Hyundai cars, the Creta is expected to be extremely feature rich.

An expected list of features include cruise control, leather seats, keyless entry, ABS with EBD, ESP and more than a couple of airbags. Luggage space is expected to be around 400 liters with all seats in place, with the rear seats offering a 60:40 split.