The Hyundai Aura is the carmaker’s first launch in the new decade and a model which will sit alongside the Xcent. Equipped with new engines and many bells and whistles, the NIOS-based Aura will be up against what has been India’s most popular car along with the Alto, the Maruti Suzuki Dzire. However, unlike the Dzire which will only be offered with a petrol engine in the BS6 era, the Aura will continue to offer the choice of a diesel motor.

The Aura will offer three BS-6 compliant engine options, among which, the 1.2-litre Eco-torq diesel engine is one of its kind in the segment. It will churn out 75PS and 190Nm of peak torque. The other option includes a 1.0-litre turbo GDi petrol and 1.2-litre MPI petrol engines which are tuned to produce 100PS /172Nm and 83PS/113Nm of torque respectively. 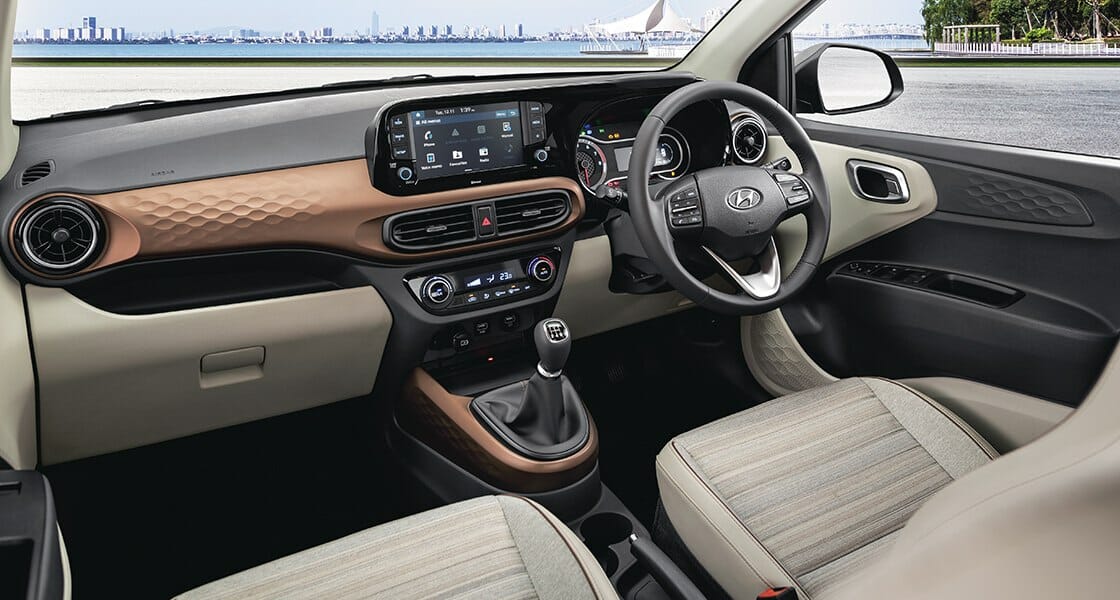 Hyundai has equipped the Aura with some of the first-in-segment features. It gets cruise control and the central console of the Aura gets an 8-inch touchscreen infotainment system that feeds the sound through a set of Arkamys speakers and is Android Auto and CarPlay compliant. Other first-in-segment features include smart key with push-button start, a 5.3-inch Digital instrument cluster & MID, wireless mobile charging system, USB fast charger, driver rearview monitor, cooled glove box, iBlue audio remote smartphone app, outside chrome door handle, eco coating for the AC, rear AC vents, air curtain, rear-seat armrest, and bronze colour inserts in the cabin.

On the outside, the Aura gets twin boomerang DRLs, projector headlamps and fog lamps and Z-shaped LED taillights. Wheel size measures at 15-inches. Available colours include Vintage Brown, Alpha Blue, Fiery Red, Titan Grey, Silver, and Polar White. The Turbo pack will only be available with Red, Silver and White and offer a black front grille and interiors. 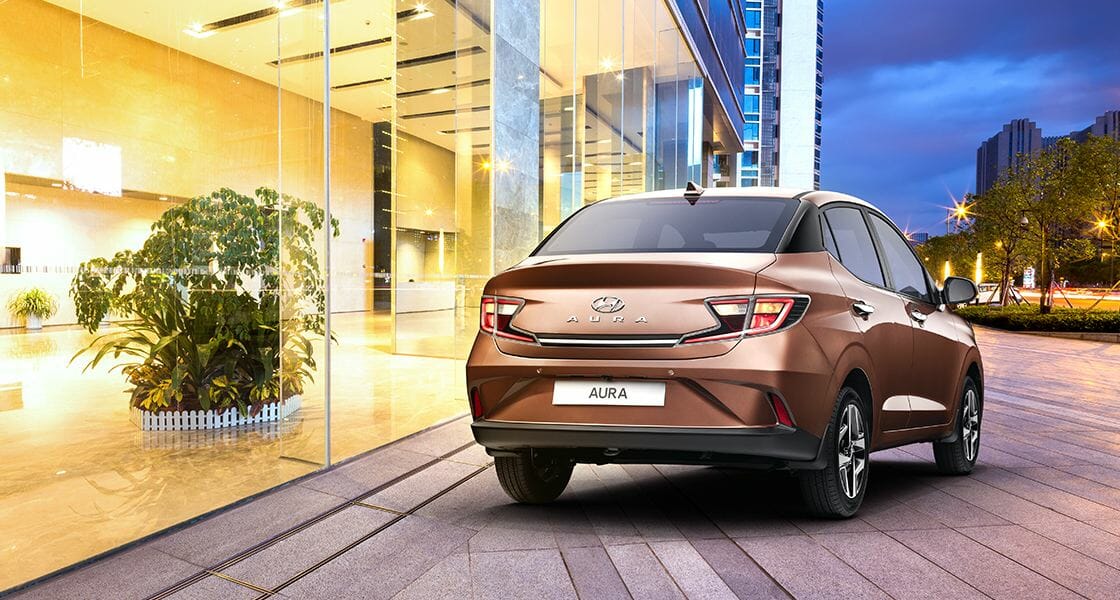 The new Aura will be equipped with dual airbags at the front as standard across all variants. It will also get ABS with EBD and the Bluelink tech will accompany advance safety warning likes perimeter alert, crash alert, SOS calling and towing alert button. Hyundai claims that the new Aura gets enhanced rigidity, improved strength, and better NVH levels compared to the Xcent.

According to Hyundai, the Aura’s dynamics have been tuned to make the car an agile handler and to offer a settled ride. The steering is fitted with a higher capacity motor for a quicker response and with an increased ratio for better feedback. The suspension’s spring stiffness has been increased for better body control and the damper valves have been tuned to improve road behaviour. 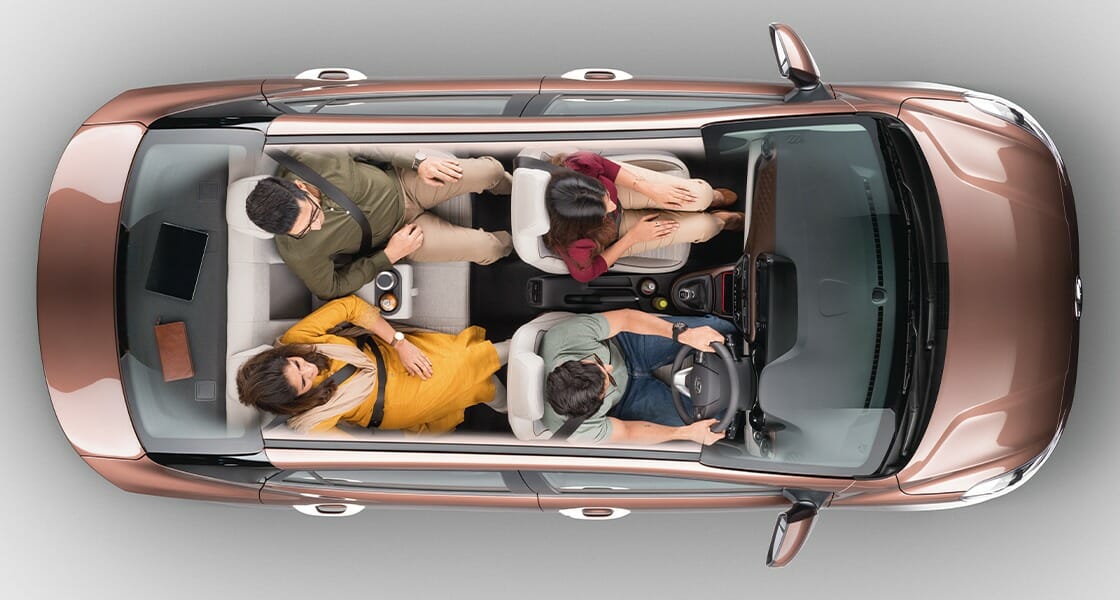 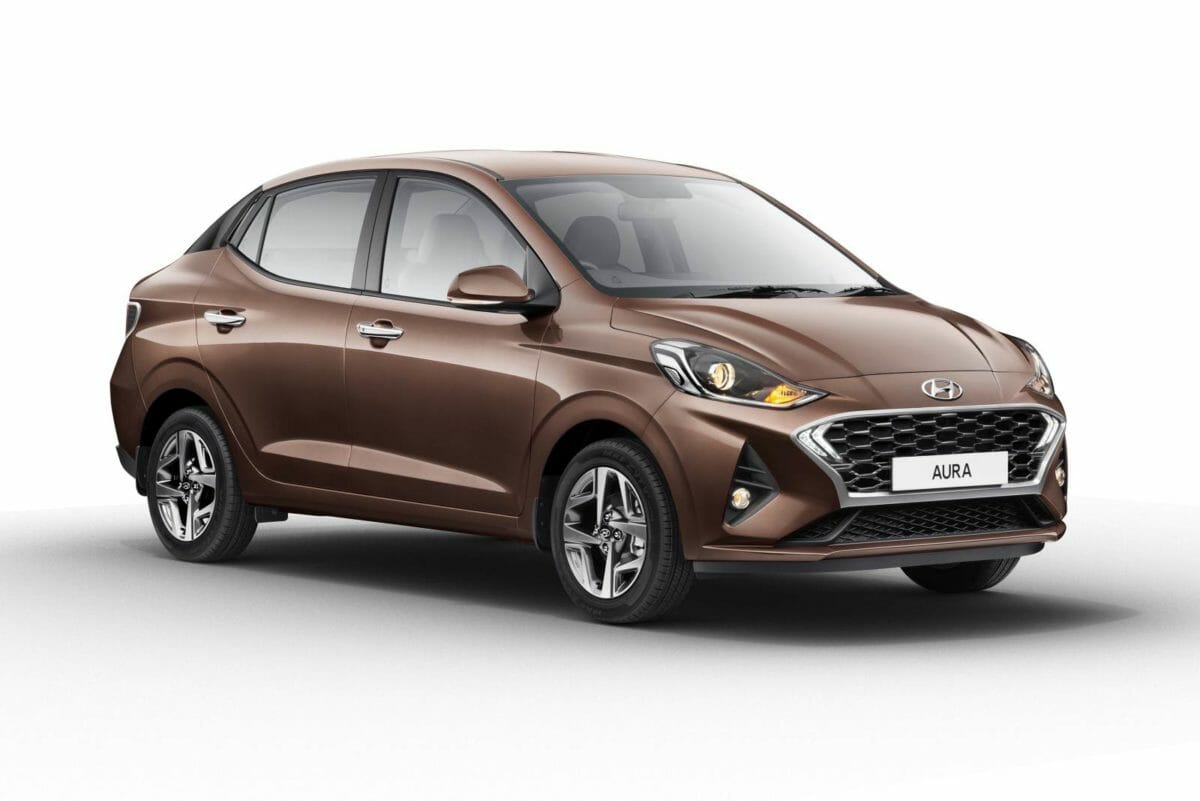 The 1.0-litre Turbo engine will only be offered in the SX(+) trim, while the base variant can only be had with the 1.2-litre petrol. Fuel tank capacity stands at 37 litres for all engines and variants while boot space measures at 402 litres. Below are the All India Ex-showroom prices: