Home Honda Motorcycles and Scooters How to make your Honda CBR150R almost look like a CBR250RR for just INR 27,000

The motorcycle seen in the images is playing the imitation game; a humble Honda CBR150R trying to pass off as the svelte new Honda CBR250RR. This particular CBR150R owner was so enamoured by Honda’s new quarter-litre pocket rocket, that he re-modelled his 150 to look like one. 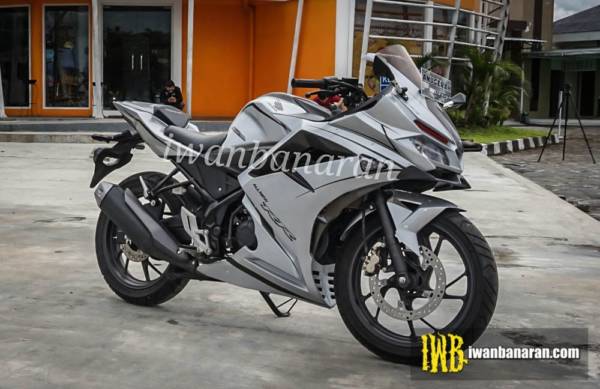 Don’t get us wrong though, we are all praises for this modification save for a few pardonable bits. Done up by the folks at Indonesia based Anugerah Design, the full fairing’s (locally crafted) sculpting on this modified CBR150R picks a leaf from that on the CBR250RR, and though the lines don’t match, it doesn’t look too bad. The front mud-guard gives away its 150R roots.

The 250RR’s angry LED headlamps have been given a miss here, although the projector setup doesn’t seem to disappoint. A few other modifications include a replica of the seat cowl seen on the CBR250RR, a new instrument cluster, new clip-on handlebars, and a redesigned fuel tank. Also on offer is a custom LED tail lamp, license plate and rear mud-guard. 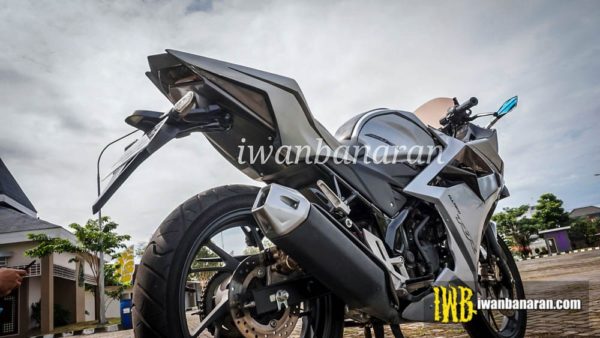 These modifications are limited to the visuals and hence it is clear that the modified Honda CBR150R seen here is still powered by the same 150cc single cylinder, liquid cooled engine that produces 17.1 PS and 13.7 Nm of torque. This engine sends power to the rear wheel via six speed transmission. The aforementioned modification cost the owner IDR5.4 million (approximately INR 27,000).

What are your views on this modified Honda CBR150R? Hot or not? Let us know your views and opinions through the comments section below.

Following is an image gallery of the Modified Honda CBR150R (Click to expand):