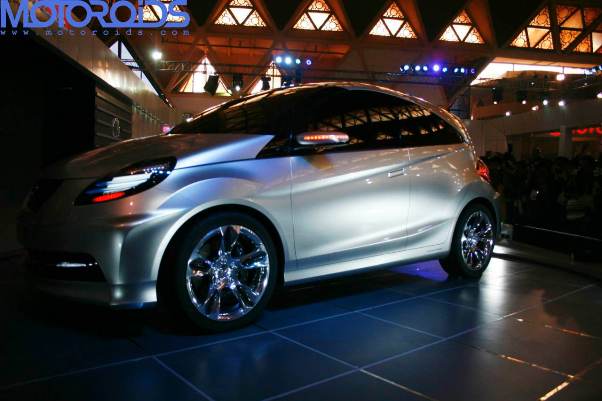 Honda have officially announced that they will exhibit the ‘closer to production’ prototype of the New Small Concept car exhibited in the Auto Expo 2010 at the upcoming Thaliand International Motor Expo 2010 starting November 30. While the first prototype shown at the Auto Expo was merely a design study, the new prototype can be expected to be much closer to the final version of the small car meant for India and Thailand. The car will represent the direction that the new small-sized car will take for seeing the light of the day in its production avatar.

Building upon the Honda New Small Concept, which was showcased in India (January) and Thailand (March) in 2010, this prototype represents vehicle packaging that is closer to the mass-production model.

In addition to the prototype, Honda also will exhibit a variety of automobiles such as Accord, City, Civic, Jazz (known as Fit in Japan), Freed and CR-V as well as motorcycles including CBR250R, a new global sports model, and PCX, a global scooter model, both of which are being exported from Thailand to global markets.