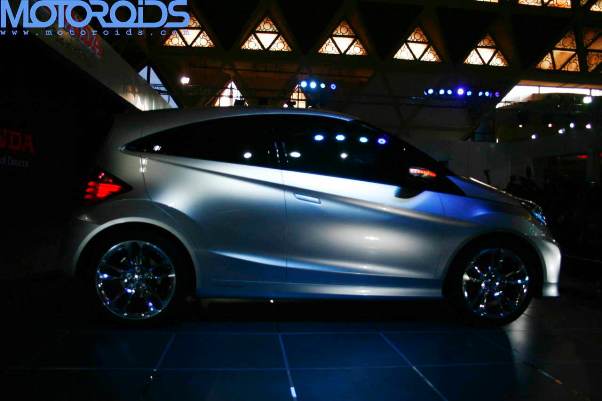 Honda's new small car will most likely be christened Brio

Honda’s new small car for India will most likely be christened Brio and is closer to production than you think. According to our sources, the Japanese company has already started hunting for a creative agency to handle the ad campaign of the new product in India. Media agencies such as McCann, Grey, Ogilvy & Mather, Contract, and Dentsu India are the contenders, and have been given a brief about the positioning of the new brand in India. By the look of it, the new car seems ready for a launch in India in early 2011.

The Brio, as we reported yesterday, will be shown in a closer to production avatar at the Thailand International Motor Expo 2010. The new car may be powered by a 900cc three-cylinder version of the 1.2-litre i-VTEC engine powering the Honda Jazz to cut costs. Going by the power output of 90PS of the Jazz, we can expect the power output of the new engine to be somewhere in the region of 65-70PS. The engine will most likely be mated with a five speed manual transmission. A CVT auto may also be introduced.

Expect the new car to adhere to the high Honda quality standards and create a new benchmark for fuel efficiency in its segment.  If Honda manage to price this one well, nothing can stop it from being a great seller. We hope that Honda price it around the Rs 5-lakh mark, in the region of the likes of the Swift and the Figo.

Click here for a hi-res image gallery of the Brio