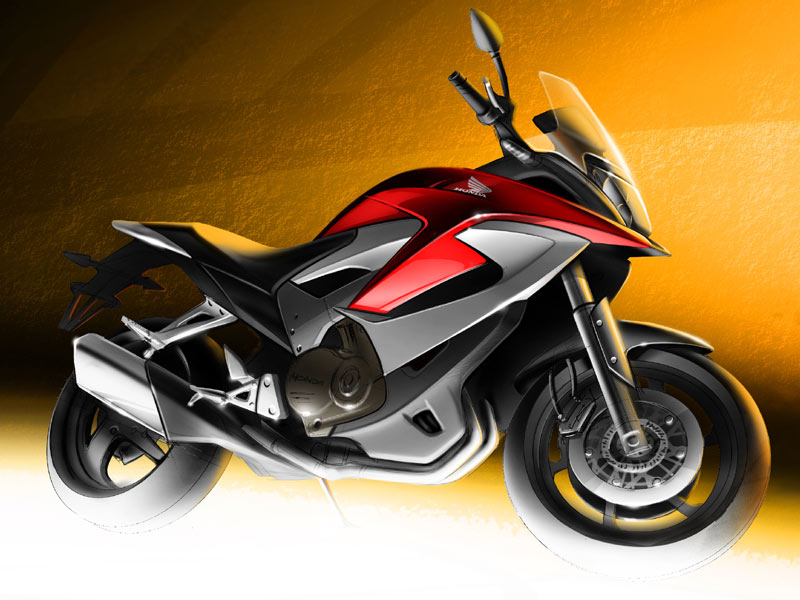 The first two teasers released by Honda of their newest Adventure Tourer machine, codenamed as the Honda VFR800X for now, gave us a glimpse of the side profile and a close up shot from the headlight in the past few weeks. Just a week before the Milan Show however, Honda has revealed yet another teaser sketch which more or less gives a fair idea of how the finished final product will beam in front of it’s audience in the coming week. Expect the new Honda to use a smaller, 800cc version of the VFR1200’s engine, along with dual purpose styling, traction control and engine mapping.

Honda’s official statement reads, “This mid-range machine is an exciting new approach – a crossover machine that represents the best aspects of two separate biking genres.  It will have the flexibility and exciting attitude of a Naked performance machine, with the more comfortable upright riding position and design cues inspired by adventure bikes. With the low centre of gravity of a performance bike it is great fun to ride, and because of its wide handlebars and upright riding position it is both easy to maneuver and comfortable.”