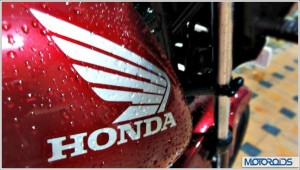 Honda Motorcycles and Scooters India, the Indian subsidiary of the Japanese motorcycle maker giant, has been making remarkable progress in recent times. Regulars here would remember that we reported in detail when HMSI overtook Bajaj Auto Ltd. to become the second largest bike manufacturer of the country. HMSI now has its eyes set at the number one spot, which has been with Hero MotoCorp, the erstwhile partner of Honda, since decades now.

The Honda Dream Yuga has to be among the most successful products from HMSI. The 110cc commuter bike has been bringing a lot of customers to the bike maker and  has successfully managed to make a dent in the sales performance of Hero MotoCorp.

Now, it is being said that HMSI is readying a new bare basic commuter bike to challenge the very high selling Hero Splendor.

HMSI’s Splendor rival will be powered by a 100cc four stroke engine and the bike will be based on the Dream Yuga platform. Codenamed as K23, the new commuter from HMSI will be priced very close to the Splendour.

This means that the new bike from Honda might be priced at about INR 40,000 and could have relatively cheaper maintenance. Honda has been busy with expanding its dealership and after sales network to match that of Hero MotoCorp and this would play a key role in the success of the new 100cc commuter bike from Honda.