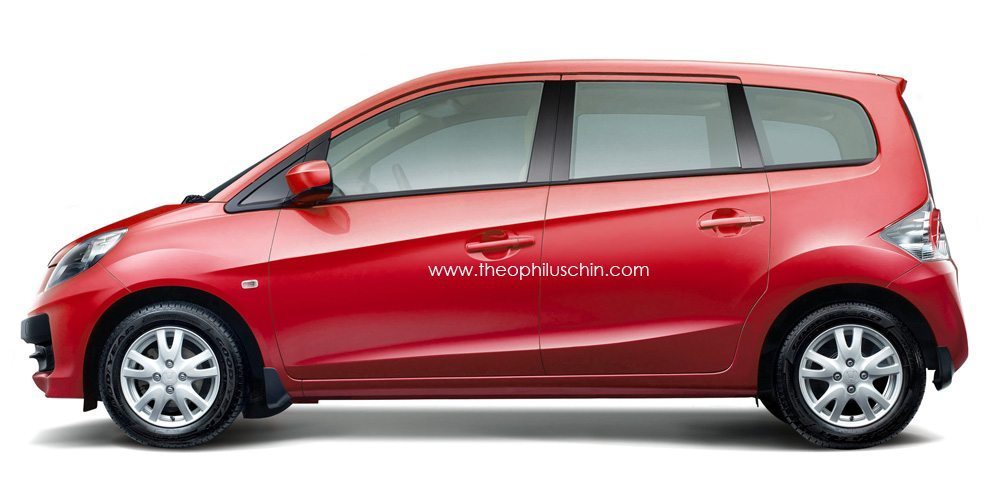 The boffins at Honda Cars are surely working overtime to get the better of the new vehicles from its rivals. First came the news of an MPV based on the Honda Jazz hatchback. Honda is already close to launching the much publicized Honda Brio sedan. Now, it is almost confirmed that the car maker is also planning to come up with a Honda Brio MPV by 2014. Codenamed as the 2NH, the car is going to be essentially a more spacious Brio and will come with a third row of seats.The new car will be positioned in the rapidly emerging mini MPV market and will lock horns with the very popular Maruti Suzuki Ertiga.

The Honda Brio MPV will be powered by the same 1.2 litre iVTEC petrol motor, albeit, in a new state of tune. The Brio MPV will also get the new small capacity diesel engine that will soon make its debut on the Brio sedan. It is being said that the Brio MPV will be more of a stretched hatchback than a minimized MPV. Expect the car to have a good balance between ride and handling and offer class leading refinement.

This MPV will first debut in Indonesia but an Indian launch is very probable. The Indian  car segment leader Maruti Suzuki is already busy laughing its way to bank with the Ertiga registering a strong demand. The Brio MPV should make a world debut by 2014.