Honda is specifically developing its concept car for India and other developing or emerging markets. It will be another two years before the car is available across Honda’s showrooms in India. The manufacturer is targeting an under Rs.5 lakh price tag for the car. According to Honda its ‘Man Maximum, Machine Minimum’ design philosophy is the design basis for the concept.

Speaking at the unveiling of its small concept car, Koichi Kondo, Executive VP and Representative Director, Honda Motor, said that India has been the hub for the compact car segment and is also the lead country for their research and development work on its new small concept. He also said that the new model will be a global car with features to suit the needs of Indian customers. He further revealed that Honda plans to launch this small car by 2011.

The four meters long entry-level compact car is scheduled to be released in India and Thailand in the year 2011. The car is believed to be packed with a great deal of high-end technologies that will help return a decent fuel efficiency figure and is also equipped with safety features like the ABS and airbags. The probability of the car borrowing its engine from the Honda Jazz is quite high but we also believe that the car may feature a new 1.0-litre VTEC engine. Honda is developing a 3 cylinder version Honda Jazz engine but this engine will be deprived of the ‘VTEC’ technology. The company has reportedly also hinted towards a Hybrid version of the ‘2CV’. When asked about the pricing, the company official said, that are targeting a price tag which is under Rs.  5 lakh. 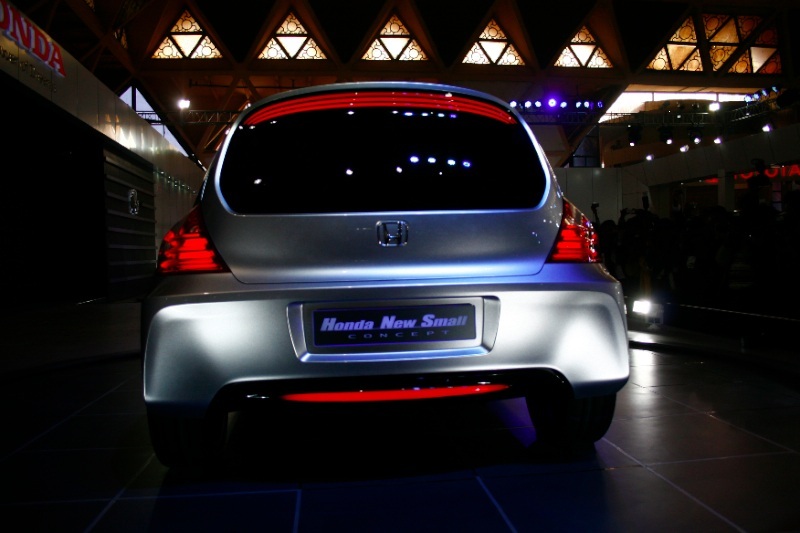 Extensive use of LED lights for the Headlamp is one of the first things you would notice on looking at the Honda ‘New Small’ concept. The grille may resemble that of the Honda Jazz. However, the overall designing has given the car a completely new shape. 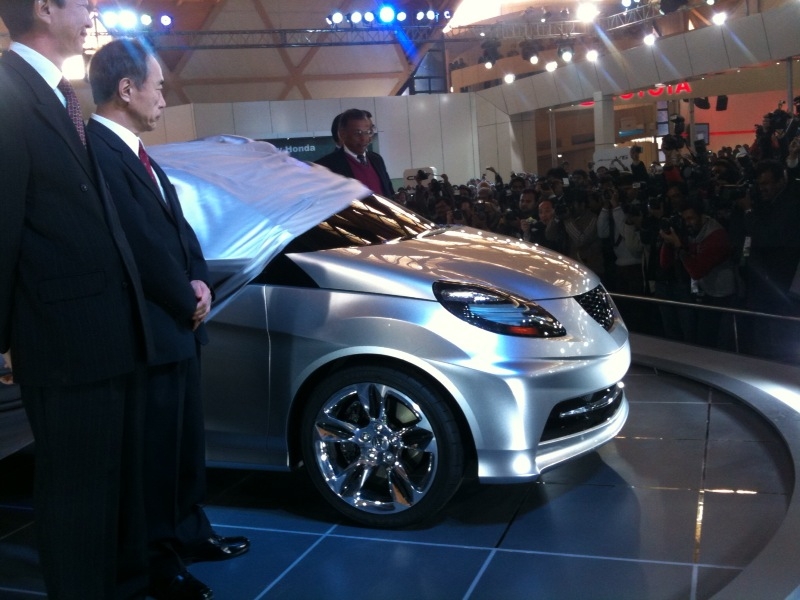 Possible competitors: Hyundai i10 Kappa, Maruti Suzuki Swift and the 120 base model. 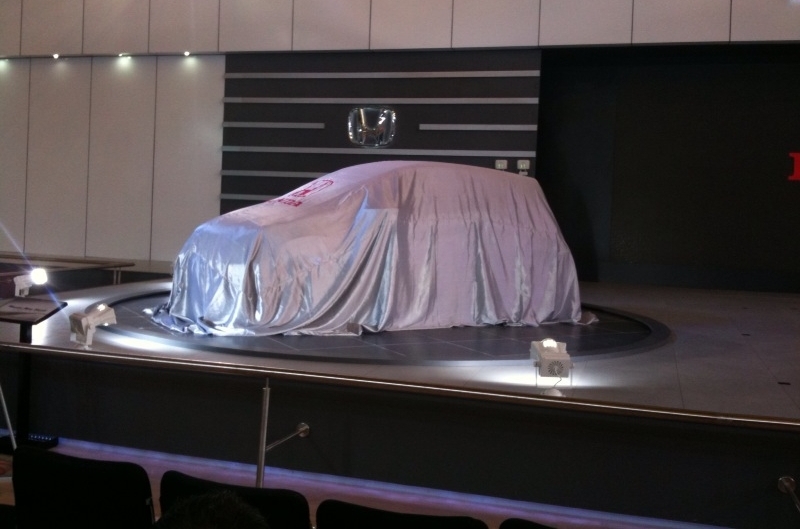 This was the first picture of Honda’s small car on display. We have updated more pictures after the cover was taken off. Is the design philosophy for Honda’s small car – man maximum, machine minimum(?) and targeted towards male buyers? You can find out now! Check the above pictures. 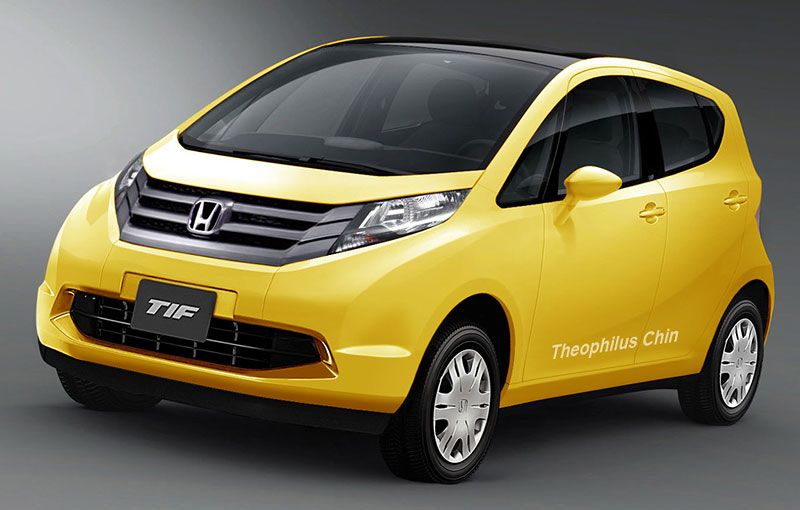 Toyota has openly declared that they will be showcasing their small car for India at the Auto Expo 2010. How could Honda have been left behind – we have learned that Honda will showcase its own small car concept at the Expo. The Jazz is a great package but is a little too expensive to drive volumes for the Japanese car maker. With Volkswagen’s threat to challenge Honda’s market share in the country, and Toyota getting increasingly aggressive, it’s imperative for Honda to introduce a car in the Rs 4-5 lakh price bracket. Expect a 1.0-litre petrol engine, and innovative use of cabin space just like the Jazz. More than anything we expect the new Honda to set a new benchmark in terms of fuel efficiency. The small car at the Honda stall will be one of the biggest highlights of the entire Auto Expo. Count us on to get you all the details on the car before anyone else. 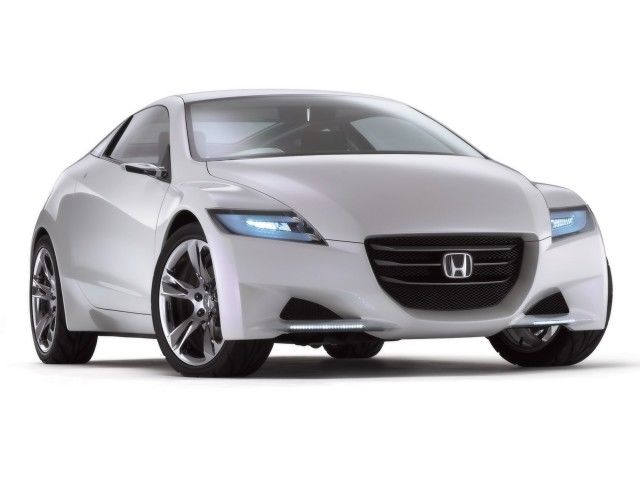 While the small car will demonstrate Honda’s practical and serious plans for India, the more fun size will be demonstrated by the CR-Z (short for Compact Renaissance Zero). The CR-Z is a hybrid compact that has been termed as “the world’s first hybrid sports car” by Honda. The CR-Z combines a hybrid gasoline-electric powertrain with traditional sports car elements.  We first saw the CR-Z when the concept was first unveiled by the then Honda CEO Takeo Fukui at the 2007 Tokyo Auto Show. The CR-Z promises to be sporty, very efficient and inexpensive, all at the same time – something that will be music to the ears of the green brigade and the enthusiasts.  There isn’t much information available on the CR-Z except the fact that it’ll feature Honda’s Integrated Motor Assist system.

Honda, from what we know plan to roll out the production CR-Z by the end of 2010. The hybrid will first be rolled out in Europe before being sold in the rest of the world. Although no word has been put out by Honda about the pricing of the car, we expect an international price tag of about Rs 20Lakh, which means that the car will be available for 35 to 40 lakhs if ever it makes it to India. Some leaked brochures once suggested that the car will be powered by a1.5-litre petrol engine putting out 115PS and 145 Nm of torque. An electric engine will add a further 13 PS of power and a towering 78Nm of torque. We hope Honda sheds some more light on the concept officially at the Expo. 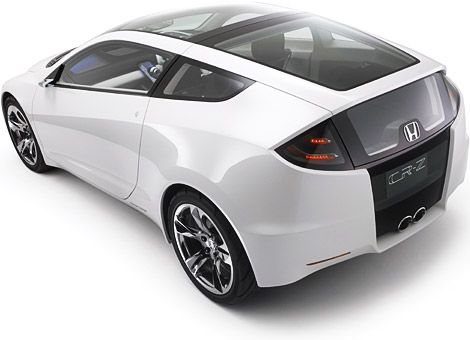 Honda Asimo and the U3-X

While the Honda’s Humanoid robot Asimo which is more athletic and more agile than ever, will amaze everyone with his antics. The world’s most advanced humanoid machine can do things which look like a a scene from a sci-fi movie.

The technology developed for the Asimo also gave birth to something called the U3-X. The U-in the little personal mobility device according to Honda stands for unicycle and for universal. Weighing about 10Kg, and capable of carrying one person at a speed of 5.5 km/h it’s something totally unseen by the world. The U3-X fits comfortably between the rider’s legs, to provide free movement in all directions just as in human walking – forward, backward, side-to-side, and diagonally. 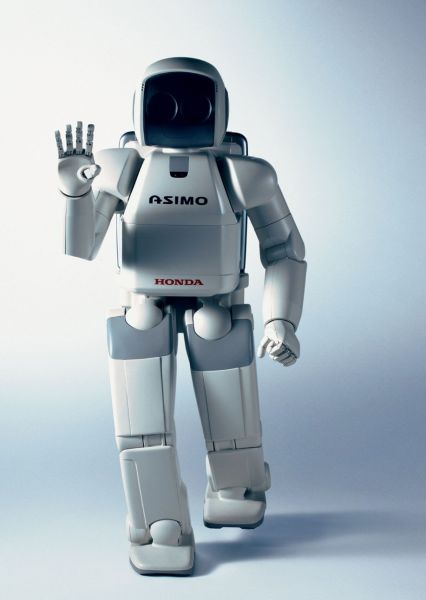 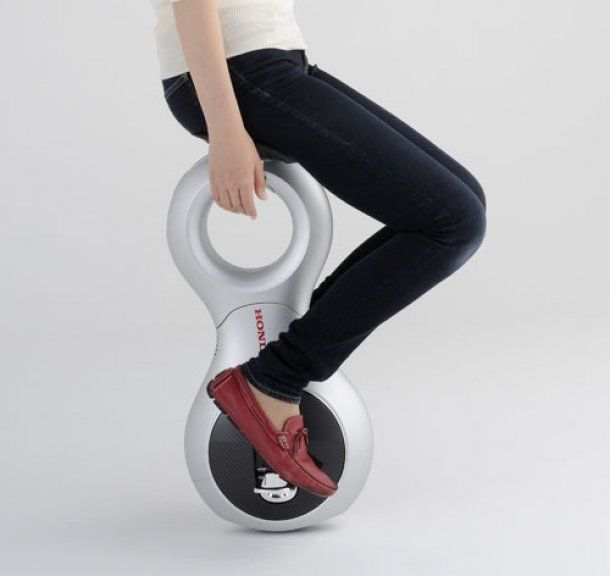 Wandering how the Honda U- 3X works? click on the video below to get some clarity 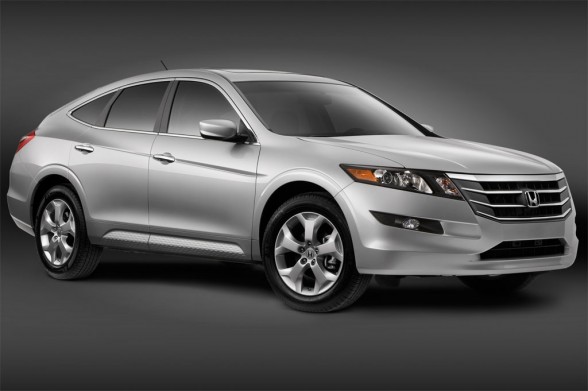 We are not sure about this one, but we think that there is a good chance that Honda will display their Accord powered by the diesel variant.  The 2.0 i-DTEC engine produces an impressive 165 PS and is known the world over for its refinement and incredible fuel efficiency.

Apart from all the aforementioned models, Honda will also display all its production models on sale in India. The City, the Jazz, the CR-V and the Accord will all be parked at the Honda exhibit area.