We’ve finally got the first glance of Honda’s Neo Sport Cafe, although in concept form, and it’s looks picture perfect. The Honda Neo Sports Cafe Concept was previewed at the 2017 Tokyo Motor Show before the production spec model marks its debut that EICMA motorcycle show in November. Styling cues from Honda’s litre-class naked, CB1000R and the CB4 Concept that was showcased at the 2015 EICMA show are evident although the Neo Sports Cafe gets a pinch of retro-design.

Honda has remained tight-lipped about the details while the official website stated, “Honda exhibited the world premiere of the Neo Sports Café Concept, which is a concept model for a naked sport model that combines the fun and beauty of a sport bike with a new-generation motorcycle package.” 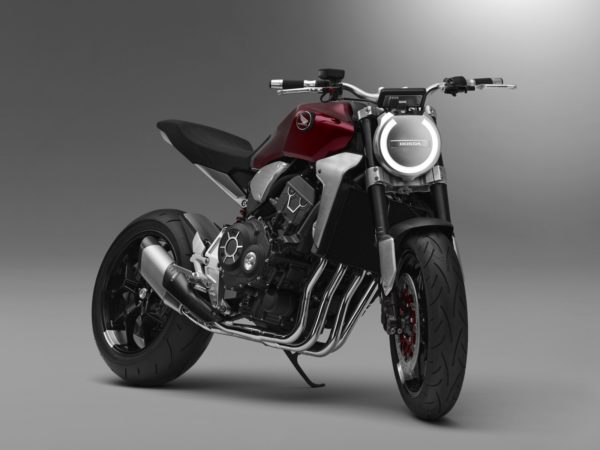 The chiseled fuel tank gets a metallic red paint and the aesthetics are further enhanced by a brushed aluminium finish near the saddle. The dual tone theme is carried onto the handlebar grips and the wheels. The front blinkers are missing here but we’ll see those in the production spec model. We have already seen a glimpse of those in the previous teaser videos.

The hardware list includes LED headlight, naked roadster style flat handlebar, adjustable upside down telescopic forks upfront and a monoshock at the rear, an all digital instrument console, a floating seat design, Dunlop sourced tyres and a single-sided swingarm. Stopping power will be provided by dual discs upfront and a single disc at the rear. You’d notice that the rear numberplate holder and blinkers are missing but, as seen in the previous teaser videos, those would come mounted on rear tyre hugger. 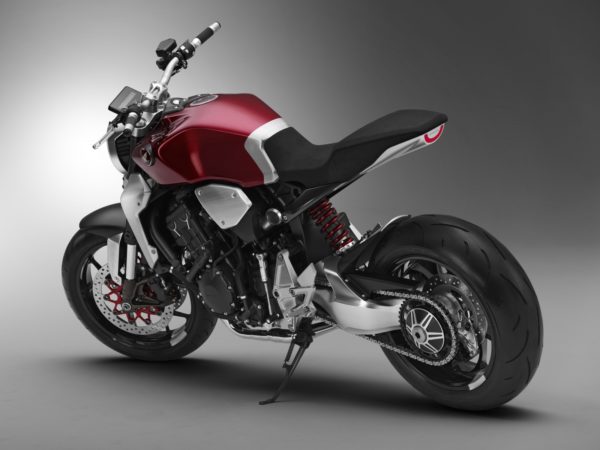 While we’re not sure what will power the Neo Sport Cafe, we may see the new 2017 Honda CBR1000RR sourced litre-class, inline-four engine that’s tuned for 189 hp of power powering the production spec model. Of course, the engine will most likely be re-tuned for linear power delivery.

As aforementioned, this is the concept model while the production spec Honda Neo Sports Cafe will make its global debut on November 6, 2017 at the EICMA motorcycle show. The production spec model is not expected to look far different from the concept showcased at the 2017 Tokyo Motor Show and we’d find that out in a matter of weeks.

Meanwhile, check out the teaser video of the upcoming Honda Neo Sports Cafe: