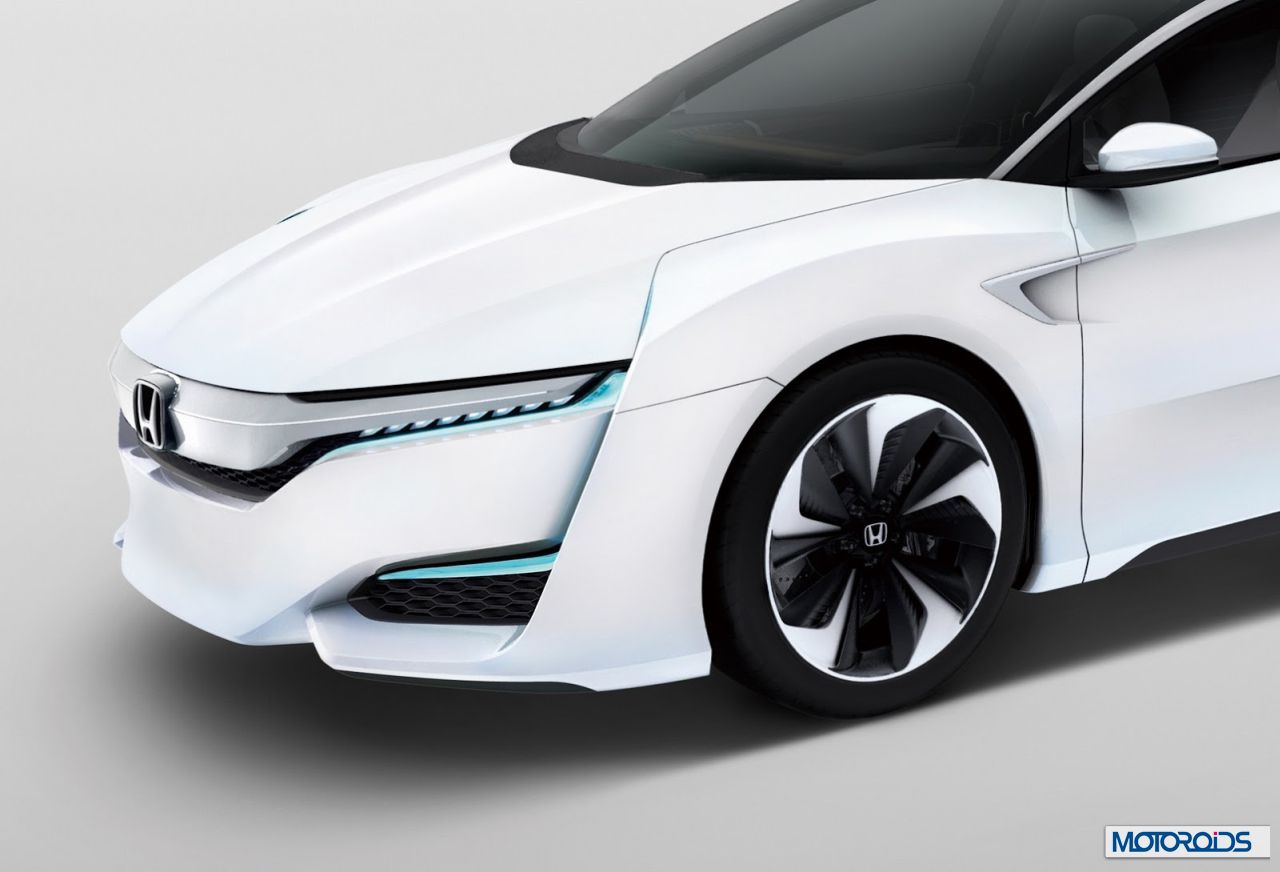 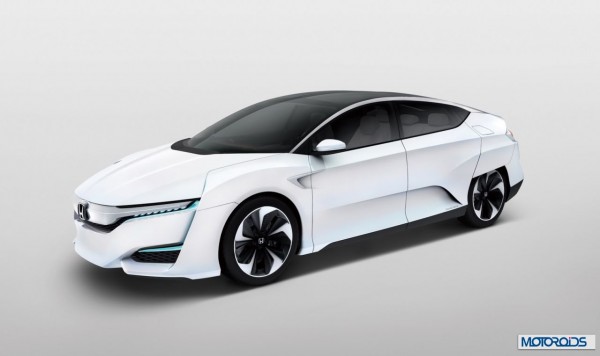 Honda Motor Company have unveiled the FCV Concept at the Los Angeles Motor Show. The FCV Concept builds on the FCX Clarity, and takes another big step towards making hydrogen powered vehicles a practical production reality. The final product, ready for the consumers will be called the FCV and is expected to go on sale in Japan by the end of March 2016 and later in the U.S. and Europe.

Honda is one of the global leaders in the Hydrogen fuel cell technology. The company views hydrogen as a next-generation fuel owing to the fact that it can be generated from various energy sources and is easily transportable and storable. The FCV, thus, uses electricity generated through the chemical reaction of hydrogen and oxygen as a power source for the motor. The FCV is a significant step forward in vehicular fuel cell technology. While the FCX Clarity released in 2008, leased in extremely small numbers was Honda’s first fuel cell vehicle, the FCV Concept makes it more practical and brings it closer to real world use. 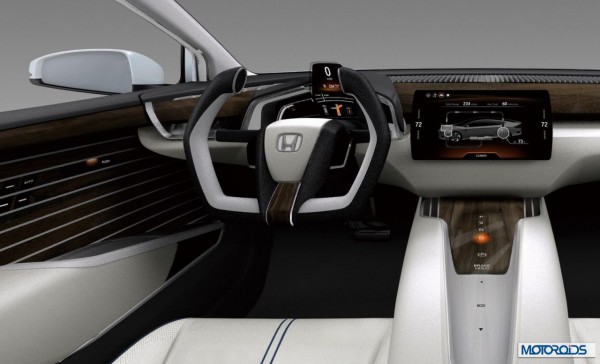 The newly-developed fuel-cell stack on the FCV Concept is 33% smaller than the previous fuel-cell stack. The output density of the new stack is about 4.15 bhp per liter, which means a more compact power source, and more space for the occupants. Bring together the more compact packaging of the FCV Concept, along with its increased output, and you would be looking at an improvement of about 60% over the FCX Clarity, which is substantial. 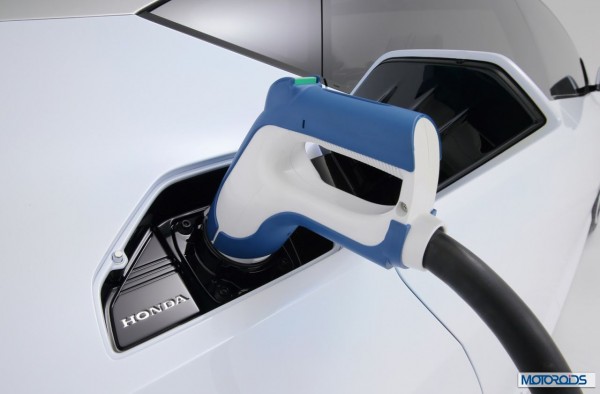 The FCV Concept comes equipped with a 70 MPa high-pressure hydrogen storage tank that provides a cruising range of more than 700 km to the car. The tank can be refilled in approximately three minutes, making refuelling easy and quick, almost at par with gasoline vehicles.

The FCV Concept can also produce and supply power to an external power feeding device, and thus act as a mobile power plant.  The feature can be used by the community in times of disaster or other events.

While the world may not have admitted it, hydrogen powered vehicles are closer to reality than we believe. Don’t be surprised if you see one of these FCVs pottering around in your lane, silently, letting out only water as its by-product.

Check out the image gallery below to have a detailed look at this next-generation car.