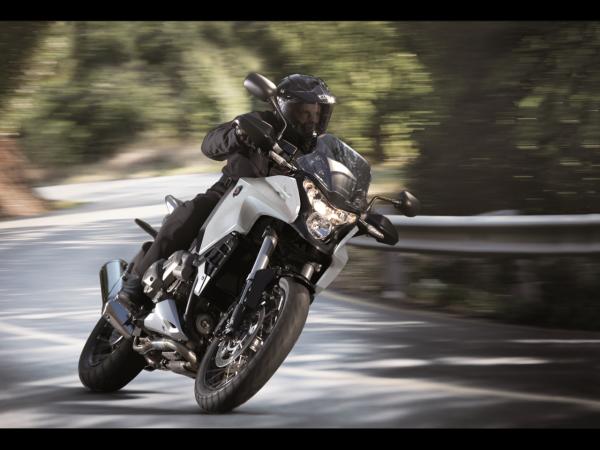 Honda has released the official details of the Crosstourer adventure touring bike, which is fitted with a 1237cc V4 engine and boasts of gimmicks like traction control, dual clutch transmission and C-ABS.

The development team, led by Yosuke Hasegawa (Large Project Leader for the Crosstourer), wanted to create a machine that gave a sense of high involvement and adventure, and a motorcycle fit for all occasions  along with being the perfect travel companion. ‘The Crosstourer combines sports touring features, such as the powerful V4 engine (126 horsepower, 126Nm of torque) also found in the Honda VFR1200F, with features found on off-road motorcycles such as long travel suspension and an upright riding position for reassuring handling and grip. This crossover between two biking genres makes the Crosstourer a unique and versatile package’ says the press note from Honda.

We feel that the bike is not anything as dull as, perhaps, the new Honda NC700S/X, but isn’t particularly interesting as the Honda RC-E either. We’re sure there are many other, highly capable sports tourers around. Nope,Honda’s team does not seems to have got things right this time.