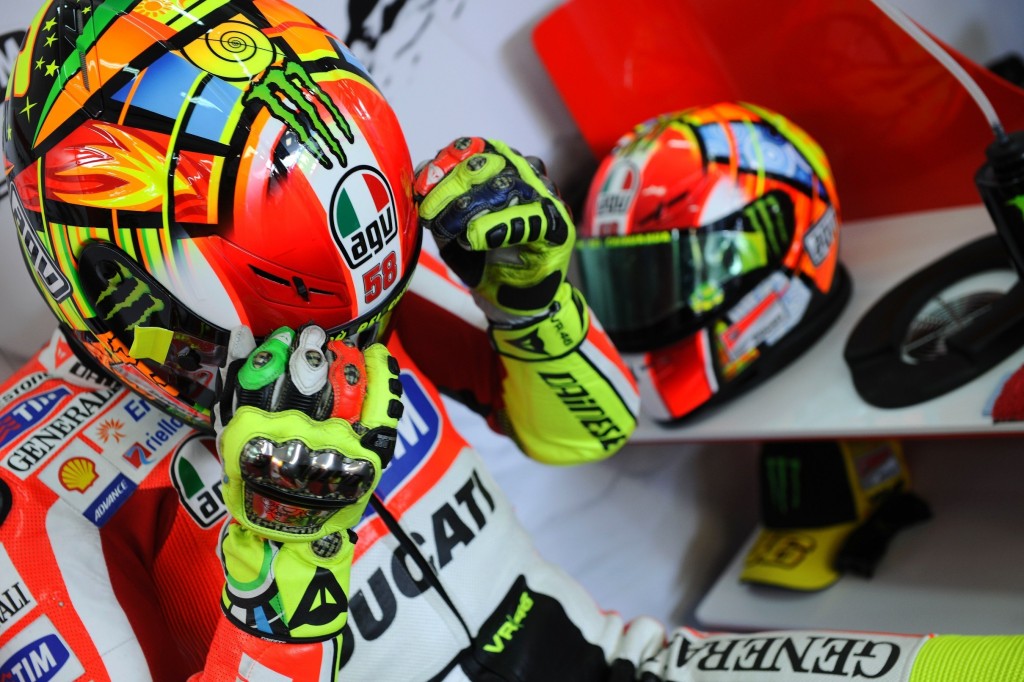 “I really miss Sic, and I still haven’t completely realised what happened. I thought the least I could do was dedicate my helmet to him and to his number, 58. Here in Valencia number 58 is all over the paddocks, everyone wants to remember him. Sic, this helmet is for you,” said Valentino Rossi.

During the final Moto GP race of the season, held at Valencia, Valentino Rossi paid his final tribute to the late Marco Simoncelli. In a really touching move, The Doctor decided to give his helmet a special paintjob which basically merged the designs used by Rossi and Simoncelli.

‘I really like the helmet a lot. I talked with Aldo Drudi and told him I wanted to make a really nice tribute to Sic. The most important thing of Marco’s helmet were the two red stripes. We didn’t really want to make an exact copy of his design – that’s one that only he could use. So we chose a way of combining the two helmets and it came out very nice. It has a very important meaning and it has a great emotion for me,’ said Rossi.

‘Simoncelli for me was like a youngest brother. So strong on track and so sweet in the normal life. I will miss him a lot,’ Rossi had said earlier, after Simoncelli passed away in an accident during the Malaysian GP.

We are well aware of Rossi and his family’s ties with the late racer. We really are in grief due to having to say final goodbye to Marco and our heart is with the his family and friends. And we believe that Rossi paid the final tribute to Simoncelli in a very special manner.