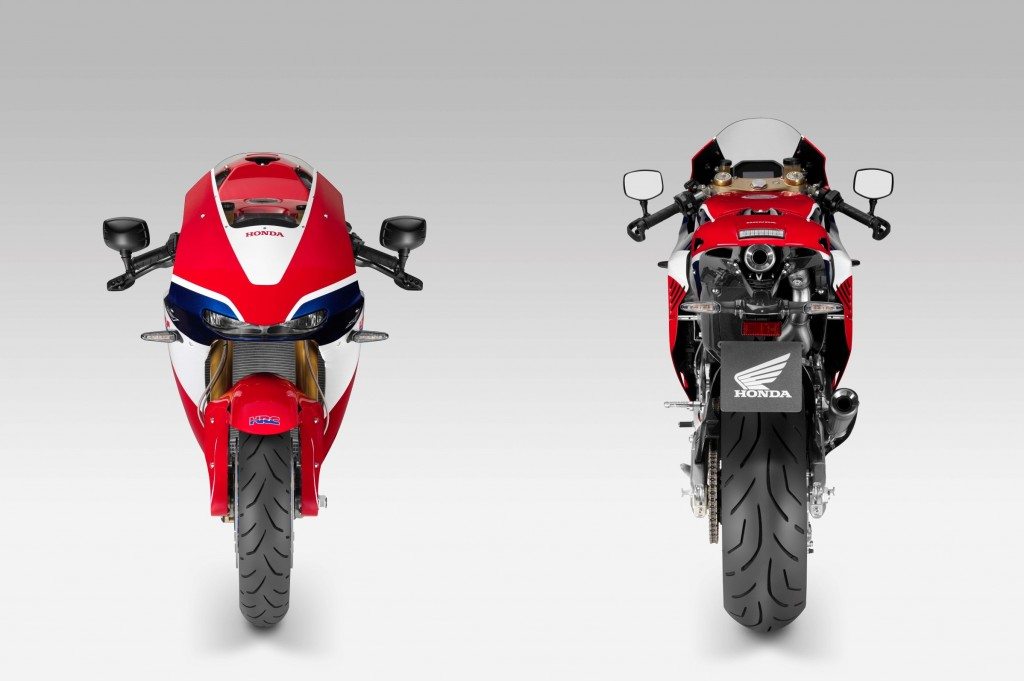 If you are a true Honda fan and a MotoGP aficionado, and always wanted to lay your hands on a motorcycle that shares it lineage with its consummate racing machines, then the Japanese two-wheeler major has some really attractive plans lined up for you. Honda has made certain changes to some of the specifications of the RC213V MotoGP motorcycle for you to take it out on public roads. Tagged as the RC213V-S, this street legal motorcycle will be your licence to rare thrills. Honda will start accepting order entry for this new model on July 13, 2015.

The new RC213V-S is Honda’s new endeavor to make it possible for a machine developed for competition in MotoGP races to run on public roads. The RC213V-S has inherited the genes of the RC213V to thoroughly ensure mass concentration and reduced friction. In addition, the RC213V-S is equipped with control technologies used on the RC213V. The RC213V consists only of the necessary parts for winning races, based on the idea of changing specifications as necessary according to the rider and course. To achieve the specifications that make the RC213V-S eligible to run on public roads, certain amount of necessary changes and additions have been made to the RC213V MotoGP bike. 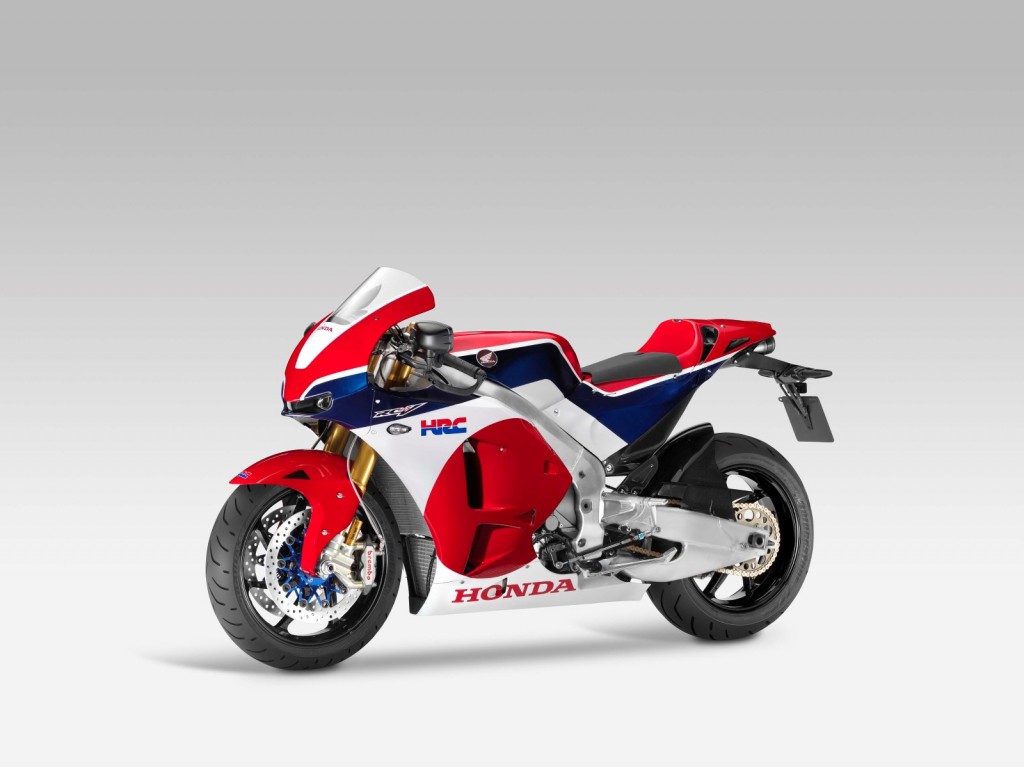 One of the major changes is the power output. Honda has significantly reduced the power output of the road going motorcycle as compared to the MotoGP motorcycle (up to 159 PS for European market). But adrenaline junkies do not have to worry. To enable riding in speed ranges that approach the world of the RC213V, an optional sports kit (up to 215 PS for European market) exclusively for riding only on closed courses such as racing circuits. In this way, the RC213V-S makes it possible to experience the riding feel of the RC213V on public roads, while also enabling riding at a higher level on closed circuits.

Changes made for maintenance aspects: 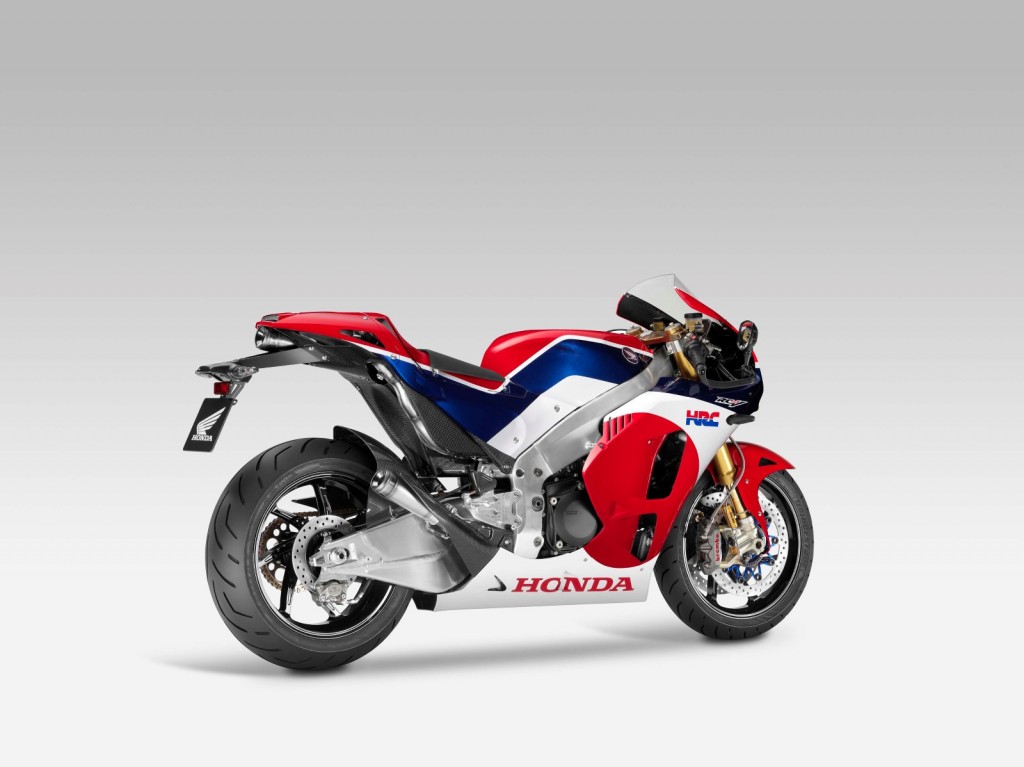 Additions made for riding on ordinary public roads:

Changes made for riding on ordinary public roads

The motorcycle  is loaded with some serious fire power and technology and good things come at a price. The regions with sales planned for the RC213V-S are Europe, the U.S., Australia and Japan. The manufacturer’s recommended prices are set at: 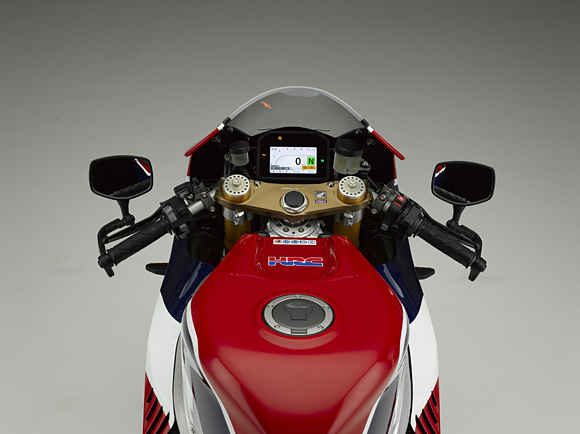 For purchase of an RC213V-S, applications for order entry will be accepted around the world starting 0:00 (CET) on July 13, through the order entry form on the exclusive website (www.rc213v-s.com).

Here are the technical specifications for the RC213V-S for European market: