Home Honda Motorcycles and Scooters Honda CD 110 Dream launched at Rs. 41,100, will be in showrooms by August. 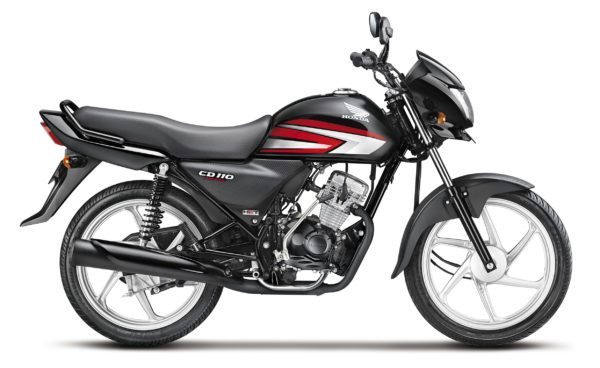 Looks wise, the CD 110 Dream sports minimalistic graphics, a silver coated engine sleeve, silver toned alloy wheels, a maintenance free battery, tubeless tyres and a viscous air filter. Surprisingly, there is no disc brake available, even as an option. Keeping in mind our road conditions and the markets this motorcycle will find most of it’s buyers in, it has a ground clearance of 179mm, a longish seat and an extended wheelbase of 1258mm.

Honda in it’s press release also announced its next wave of strategic expansion as it enters a new era of independent and empowered operations in India. Starting this month, the ‘Wings’ (Honda’s logo) will only appear on a Honda bike in India. In this context, Honda will launch Phase I of it’s ‘Honda is Honda’ campaign. It will begin with a teaser starting next fortnight, which will be followed by carpet bombing on all digital mediums. The campaign will be a one-off, where brand ambassador Akshay Kumar will be seen and heard singing, followed by a group of sky-divers coming together to form the ‘Wings’ in the sky.