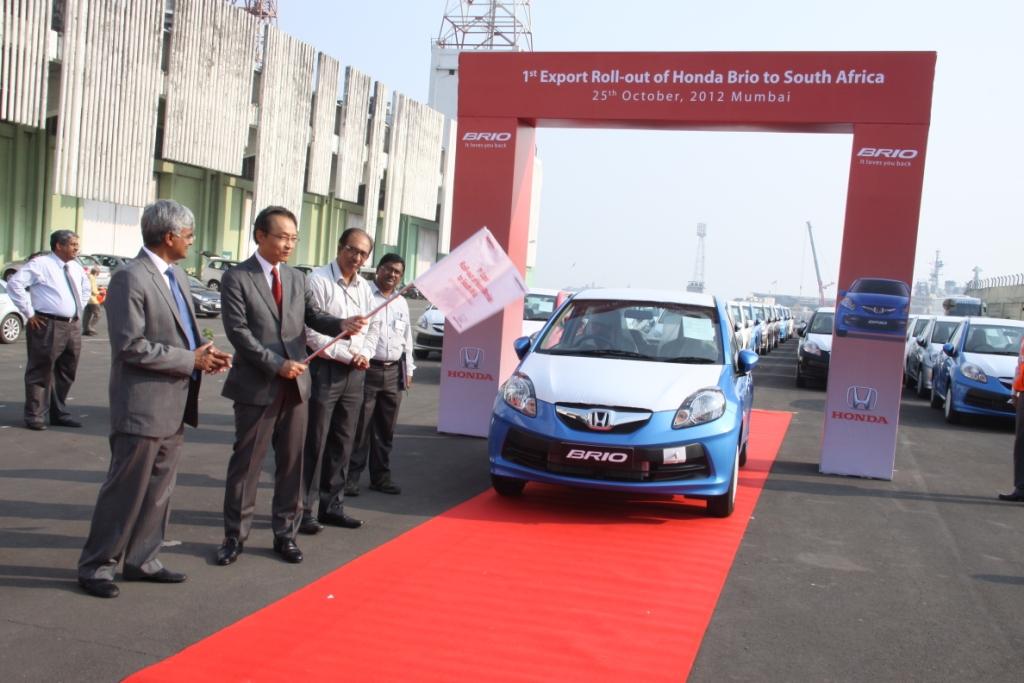 he first consignment of 390 units of the Honda Brio was flagged off by HCIL President & CEO, Mr. Hironori Kanayama in the presence of senior company and port officials at the Mumbai Port. The first export batch for the South African market was loaded on to the M.V. Grand Orion.

Speaking on the occasion Mr. Hironori Kanayama said, “We are delighted to flag off the first ever Brio export consignment to South Africa. The expansion of Honda’s export business is the first step towards developing India as another hub for export of certain models. It is also testimony to the quality of Honda cars and their components manufactured at our plants in India. I am proud to say that the Honda Brio that we manufacture here in India is of best quality and ready to be introduced in international market.”

“Honda Brio is the first car to be exported to South Africa by HCIL and today’s consignment of 390 cars is a significant milestone in our journey. We are planning to export more than 1600 units of Brio to South Africa and SADC countries by March 2013. We are sure that the expansion of our export business will contribute to the growth of HCIL, the Indian automobile Industry and as business grows, to the economy.” he further added.

The Honda Brio is set to go on sale in South Africa in early December 2012. The car will be sold through Honda Motor Southern Africa (HSAF) dealers in South Africa and through its distributors in SADC countries.

Honda Brio was launched in India in September 2011 and has cumulatively sold close to 25,000 units across the country. The car has been the recipient of several Small Car of the Year awards and has been much appreciated by the experts and customers alike.