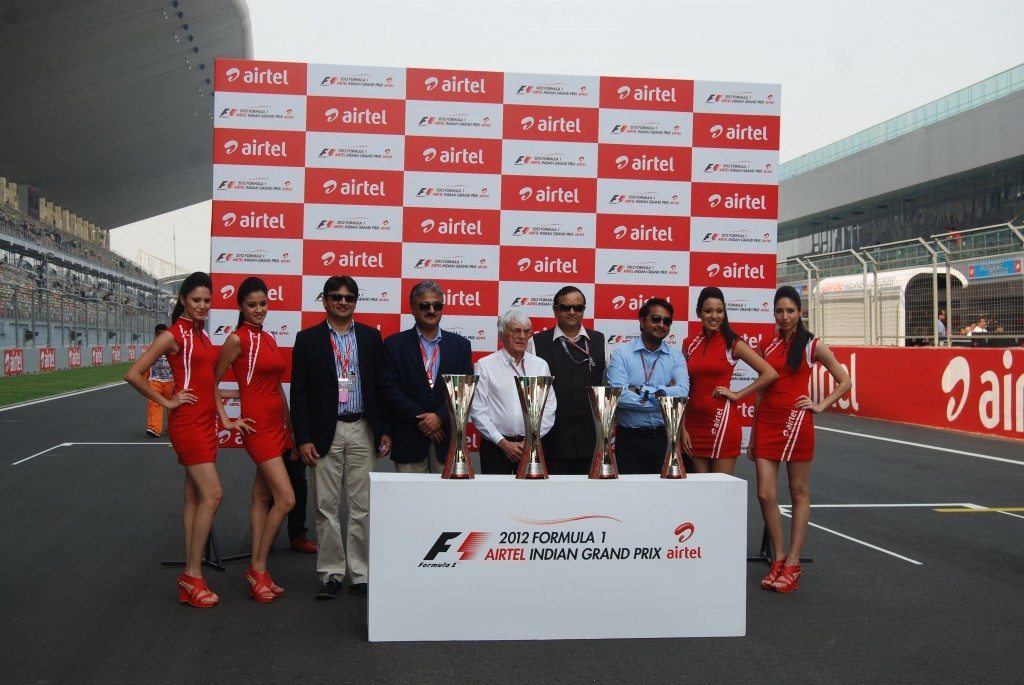 The trophy has been designed by Bengaluru-based designer Michael Foley. The design of the trophy for 2012 Airtel Indian Grand Prix is an aesthetic interpretation of a contemporary and forward looking India on a global pedestal.

Expressing his thoughts on the design, Michael Foley earlier said, “Designing the trophy for 2012 Airtel Indian Grand Prix was an exciting challenge that we were happy to take on. Formula One is an interesting combination of sports, technology, glamour, entertainment and youth – and we wanted the trophy for Airtel Indian Grand Prix to reflect each of these elements. After a lot of design work, we finally arrived at a trophy that is a perfect blend of contemporary and traditional India. We are getting the trophy ready and look forward to finalizing it within the first week of October 2012”.

Foley created 20 different designs before the final one was picked. His team took concepts forward through a series of processes which detailed and engineered each idea. The conceptualization stage lasted over a month.

The 2012 Formula 1 Airtel Indian Grand Prix trophy makes use of new-age materials like aircraft-grade aluminium as well as relying on traditional ornamentation. Mirror-finished internal surfaces and a matte-and-stainless steel outer finish with red enamel markings make it appealing while the Ashoka Chakra is subtly embedded as the base foundation. It’s an aesthetic interpretation of contemporary trophy with a touch of Indian tradition.

The design uses a ‘victory procession’ inscription from old Indian architecture – stylized with a red enamel filled engraving that envelopes the 2012 F1 Airtel Indian Grand Prix trophy – thus creating a strong visual connect with India. The ‘mystique’ of internal reflections also brings up a play of colors of the Indian flag.