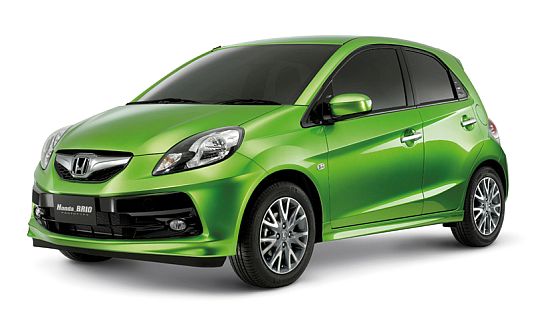 The Honda Brio hatchback was first displayed at the 2010 Indian Auto Expo. Now after 18 months, this car will be a reality as it is all set for launch on the 27th of September, 2011 just before the festive season in India. After being launched in the Thai market, India is the second market where this car is being launched.

The current scenario of the Indian car market is a bit shaky and is moving at a very slow pace. To add to this, fuel prices too have been sky-rocketing. Keeping these factors in mind, Honda has decided to focus on affordability and fuel economy. This is exactly what the Honda Brio has within itself to offer.

The car has been heavily localized in order to bring down the price to as much as Rs 4 lakh for the base variant. Honda has always kept up to its standards by providing safety features in its vehicles. However, this time, Honda seems to have compromised on this. The base variant of the Honda Brio Hatchback will feature only ABS with the airbags absent in the car. This has been done in order to let the car fit into its 4 lakh mark.

The car is powered by a 1.2-Liter i-VTEC engine which has a fine-tuned gear ratio in order to provide better fuel economy. However, this engine is the most powerful and has maximum torque in its class. The car will feature beige interiors unlike most other lower segment cars.

Before the Brio, there was no other Honda car that could act as a first time buyer’s affordable or ‘budget’ car. Owing to its fuel efficiency and affordable price tag, we expect the car to have tremendous potential in the Indian market.