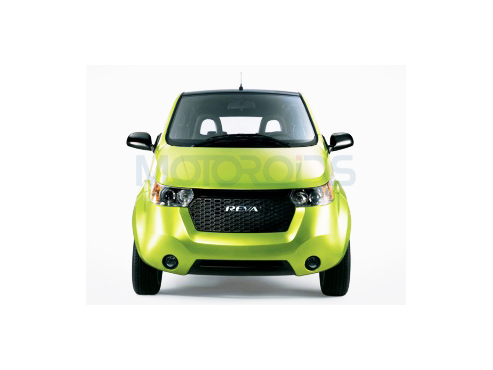 India’s only fully electric car offering comes in the form of the Reva. The little car that can fit two adults and some shopping bags has been around for quite sometime, however due to its high price it has not penetrated the market in the manner that most thought it would. This car is capable of running around for 80 kilometers on a single charge, the Reva is a green answer to city mobility. Easy to park, cheap to run, however expensive to purchase, the Reva has made its mark on the Indian automotive scene.

“In the next 18 months, we will launch an M&M product with electric vehicle technology in India,” Mahindra Reva Electric Vehicle Chief of Technology and Strategy Chetan Maini told reporters on the sidelines of the Society of Indian Automobile Manufacturers’ (SIAM) annual summit here.

“The company has already fitted the technology in M&M’s vehicles and it is currently being tested”, he added. Maini, however, declined to name the Mahindra vehicle in which the electric technology will be introduced for commercial sale. M&M had earlier announced plans to roll out its flagship sports utility vehicle, ‘Scorpio’, with an electric fuel option and gradually introduce it in other models as well.

In 2010, M&M had acquired majority stake in Reva. When asked about Reva’s dealership network, Maini said: “We will gradually introduce a Reva electric car in all Mahindra outlets. Our plan is to have 50 outlets by end of this year and go up to 100 showrooms by the end of next year.” and the company is currently expanding its production capacity from 3,000 units to 30,000 units with the opening of a second production facility in Bangalore.