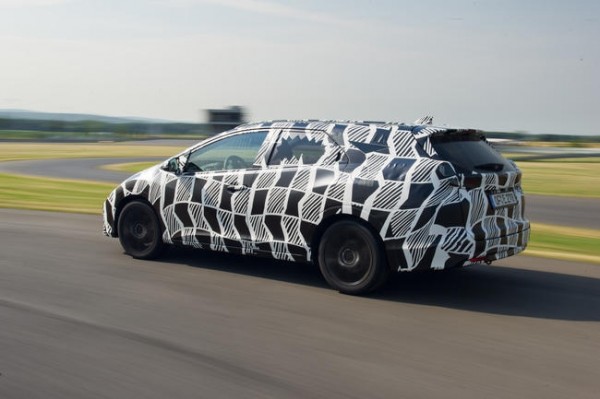 Honda today announced that a world first rear Adaptive Damper System will be introduced on the new Civic Tourer model, set to be launched in Europe from early 2014.

This is the first time a rear Adaptive Damper System has been applied to a production model. The system was developed in order to enhance stability and comfort under the varying load and driving conditions that the Civic Tourer is likely to experience.

“By introducing the technology in this format, we expect many customers will be able to experience the benefits of this advanced system,” said Adrian Killham, Large Project Leader.

The new Civic Tourer was developed and designed in Europe, allowing Honda’s European R&D team to lead the creative and technical design process. The original concept has been achieved with the vehicle demonstrating class-leading utility, advanced technology and distinctive styling.

The team drew on their experience of the demands and expectations of European customers and carried out testing in some of Europe’s harshest and most diverse driving conditions.

The Civic Tourer will be built at Honda’s UK manufacturing facility and will be unveiled at the Frankfurt Motor Show in September 2013, before being launched in Europe from early 2014.