Honda is having a dream run with its entry level sedan, the Amaze. Based on the Brio platform, Honda forayed in the diesel segment with the Amaze with its launch in April last year. The Amaze has clocked the sales figure of more than 88,000 cars till May this year making Honda fourth largest auto company in the country. The Amaze which is a sub four-metre sedan qualifies for the excise duty benefits and hence retails at a very competitive price. 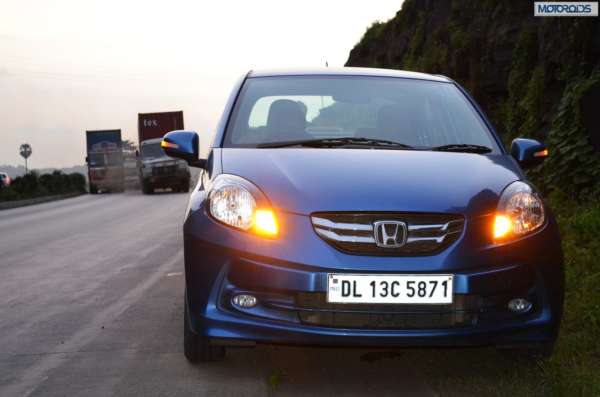 Speaking on the success of Honda Amaze, Mr. Jnaneswar Sen, Senior Vice President, Marketing & Sales, Honda Cars India Ltd said, “Living up its positioning in the market, Honda Amaze has certainly changed many lives with one car. Honda Amaze has been a game changer in its segment and has enabled HCIL to reach out to so many new customers, bringing them into the Honda fold. It is Honda’s constant endeavor to provide freshness to our products and create excitement in the market.”

Now, Honda is all set to launch its mid-sized seven-seater MPV, the Mobilio and the third generation Honda Jazz in this financial year. The company is also planning to increase its dealer network by 35% this year by reaching out to more tier 2 & tier 3 markets. Honda currently has 172 facilities in 109 cities in its network and which is expected to increase to 230 facilities in 150 cities.