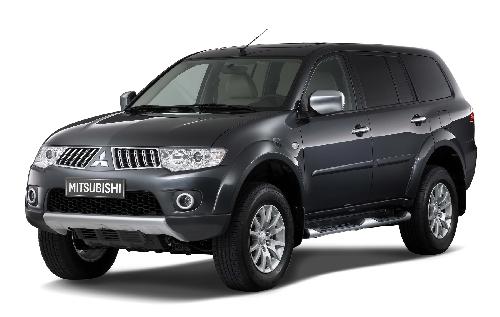 The other wise low lying HM Mitsubishi are planning to be a part of some action by late 2011. The partner companies are planning a series of launches to get some vehicles moving out of their showrooms.

To start with, the company plans an all-new version of their iconic Pajero SUV. We told you about the possible launch back in May, and now the news of the new version getting readies for India just got substantiated. The new version of the Pajero or the Pajero Sport may make its debut in late 2011 or Auto Expo 2012. Engine options include a 2.5-liter 16-valve inline-4 intercooled turbocharged DOHC diesel producing 136PS of power and 314Nm of torque. Equipped with ABS, Airbags, EBD, Collapsible steering column, Reverse Camera, Cruise Control & 2 DIN touchscreen, the Pajero Sports looks like an advanced piece of kit unlike its current cousin which is clearly a dated machine. The new version of the SUV will be sportier looking than the present one and would accommodate 7 people. The new version is expected to be priced at around 22 lakh.

Apart from the Pajero Sports, which will be a completely new product, HM Mitsubishi are also planning to upgrade/ facelift their Outlander and Montero SUVs as well. The Outlander, which got a facelift very recently, is expected to be presented in a seven seater avatar. The seven seater outlander will remain visibly similar to current model from outside with a third row of seats being the only difference. We expect the new version to cost about Rs 50K more than the current version.

An upgrade to the Montero SUV is also in the pipeline. The changes on the SUV however, are expected to be cosmetic only.

Finally, HM is planning to launch a couple of new products all by itself. While the Veer pick-up truck has just been launched, a commercial passenger carrier variant is expected soon. The short-boot Ambassador (CS version) is also very much on the cards. And finally a facelift and a passenger variant of the CNG propelled pick-up Winner is also expected.