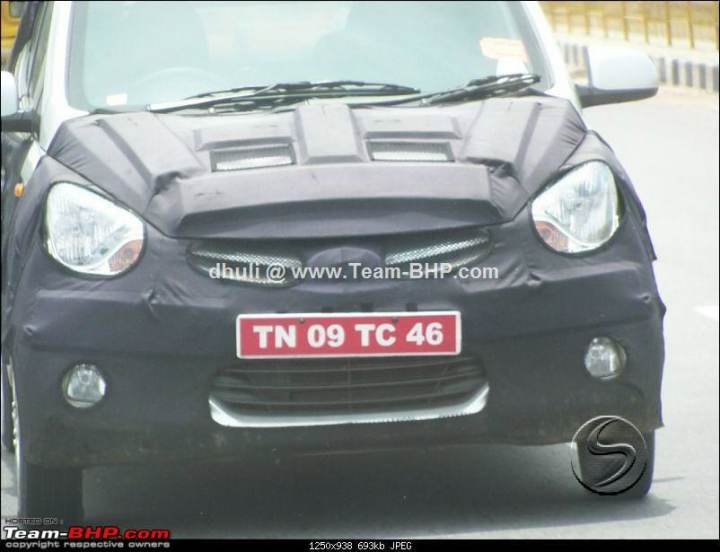 Hyundai’s all-new small car which is designed to rival the Alto is gearing up for a late 2011 or early 2012 launch. Codenamed HA, the car has been caught testing several times, with a fresh set of spy pictures of the car emerging rather recently. The most important thing that the new pictures reveal is an LPG fuel filler cap in place of the fuel tank cap, which clearly suggests that the car will be available with an LPG option right from the outset.

The HA is Hyundai’s contender for the A segment where the Alto still remains the unchallenged king. The HA is expected to be powered by an all-new 800 cc three cylinder petrol engine, deliver about 50PS of peak power. The new engine is expected to return a high fuel efficiency figure. There won’t be any diesel engine on offer to start with, as the i10 which is witnessing a slump in sales owing to the lack of a diesel engine would see a diesel option before any other small car.

Hyundai’s new small car is developed specifically for the India market. The car’s production will begin fist in India, from where it will be exported to a variety of markets. The size and positioning of the HA will be below the Santro, which means a smaller price tag too but the new car will boast better legroom and spacious interiors.

Hyundai plans to slot the new HA in the Rs 2.5-3.5 lakh segment to present the HA as a worthy competitor to the Alto and take away a reasonable slice of the crazy sales numbers that Maruti’s entry level car manages.