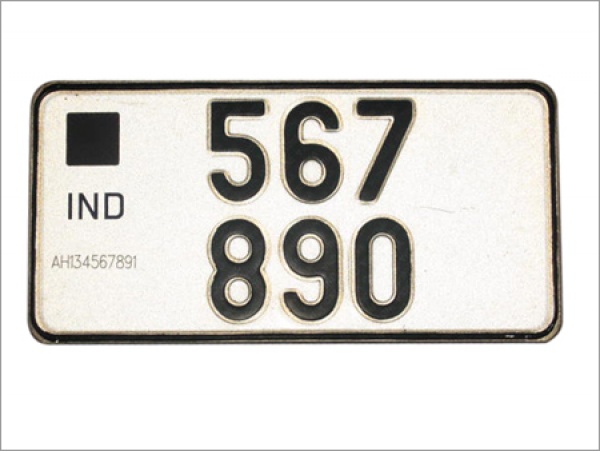 Like all the other government departments and offices, the transport department in India too is legendary in delaying the implementation of court orders. The Supreme Court of India, on May 8, 2008 had passed a ruling, asking all the states to implement High Security registration Plates (HSRPs). However, as expected, nothing of this sort happened. The Supreme Court then slapped contempt of court notices to the transport secretaries of Delhi, UP and Punjab for non-compliance. Now, thanks to the above development, the governing body in Capital has passed out a ruling that all the new cars after bought after May 1 should have a HSRP.

The ruling doesn’t limit itself to only the above specified states though, as the original ruling was passed to be implemented in all states across the country. All the other states will also have to fall in line, or the respective transport secretaries will be charged with contempt.

Delhi will come up with 14 centres, one at each RTO, that will provide and install these plates. “The other centres will become operational within the next fortnight,” added UR Kapoor of Rosmerta.

“The registration plates will be prepared in advance, so that when vehicle owners come to get them affixed, they can be installed with the snap lock in a jiffy. The entire process should not take more than a few minutes,” said a government official.

All the current vehicles would require to sport new number plates from June 15. It is beinf said that sufficient time will be given to the owners to get the plates fixed. “The city will have three years to completely switch over to the tamper-proof plates,” added the official.

So what exactly is HSRP?
The Government of India, in June 2005 had amended rule 50 of the Central Motor Vehicles Rules, 1989, mandating introduction of new tamper proof High Security Registration (HSRP) number plates. All new motorised road vehicles that came into the market after that needed to adhere to the new plates, while existing vehicles had been given two years to comply. Features incorporated include the number plate having a patented chromium hologram, a laser numbering containing the alpha-numeric identification of both the testing agency and manufacturers and a retro-reflective film bearing a verification inscription “India” at a 45-degree inclination. The characters are embossed on the plate for better visibility. The letters “IND” were printed in a light shade of blue on the observers left side under the hologram.