We and a bunch of other journalists were invited at Hero’s CIT (Centre for innovation and technology) where they develop new prototypes and it’s their main research facility as well. Hero showcased some of their products which included the Xpulse rally edition, their Dakar rally motorcycle and a prototype which is going to be our primary focus here. It had a ‘what’s next’ board right next to it which definitely increased our curiosity.

When you take a good look at the Indian motorcycling scenario, you will notice a certain trend which is favouring the ADV category the most. When the gun went off, and the referee shouted ‘GO!’ Hero was the first manufacturer which completed the sprint. They came out with their Impulse which achieved a cult following among the enthusiasts but wasn’t a success commercially. As the years went by, the Impulse was discontinued and after being very patient, they came out with the Xpulse 200. The prototype showcased here seems to be more powerful and an upgraded version of the Xpulse. Its engine is expected to displace anywhere between 300-500cc and is liquid-cooled. The power figures aren’t out yet but it can be expected to dish out around the 50 HP mark. 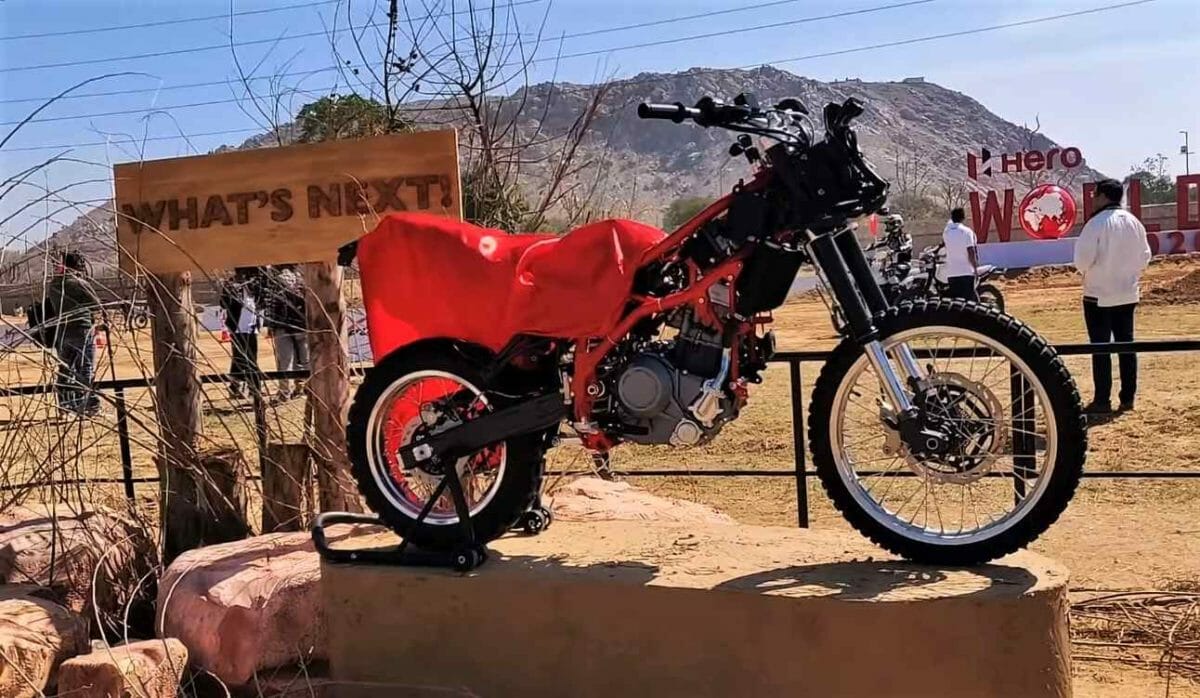 When you have a motorcycle running in the revered Dakar rally, you are bound to pick a few learnings and experience from it and then implement them in your production motorcycles. This prototype, we wish, will take a thing or two from its elder brother. It seems to implement a trellis frame where the engine is a stressed member. This is definitely an improvement over the chassis which does the job in the Xpulse. The tyres at both ends are of on-off road type which grips well when you get on the trails. The front tyre seems to be of 21 inches and the rear of 17 inches. The swingarm too seems to be well constructed and Hero has deployed premium parts in this prototype. We hope that they carry them in the production version as well. There are disc brakes doing the job at both the ends. The suspension bits are handled by long-travel USD forks at the front which is going to give the bike that much-needed edge.