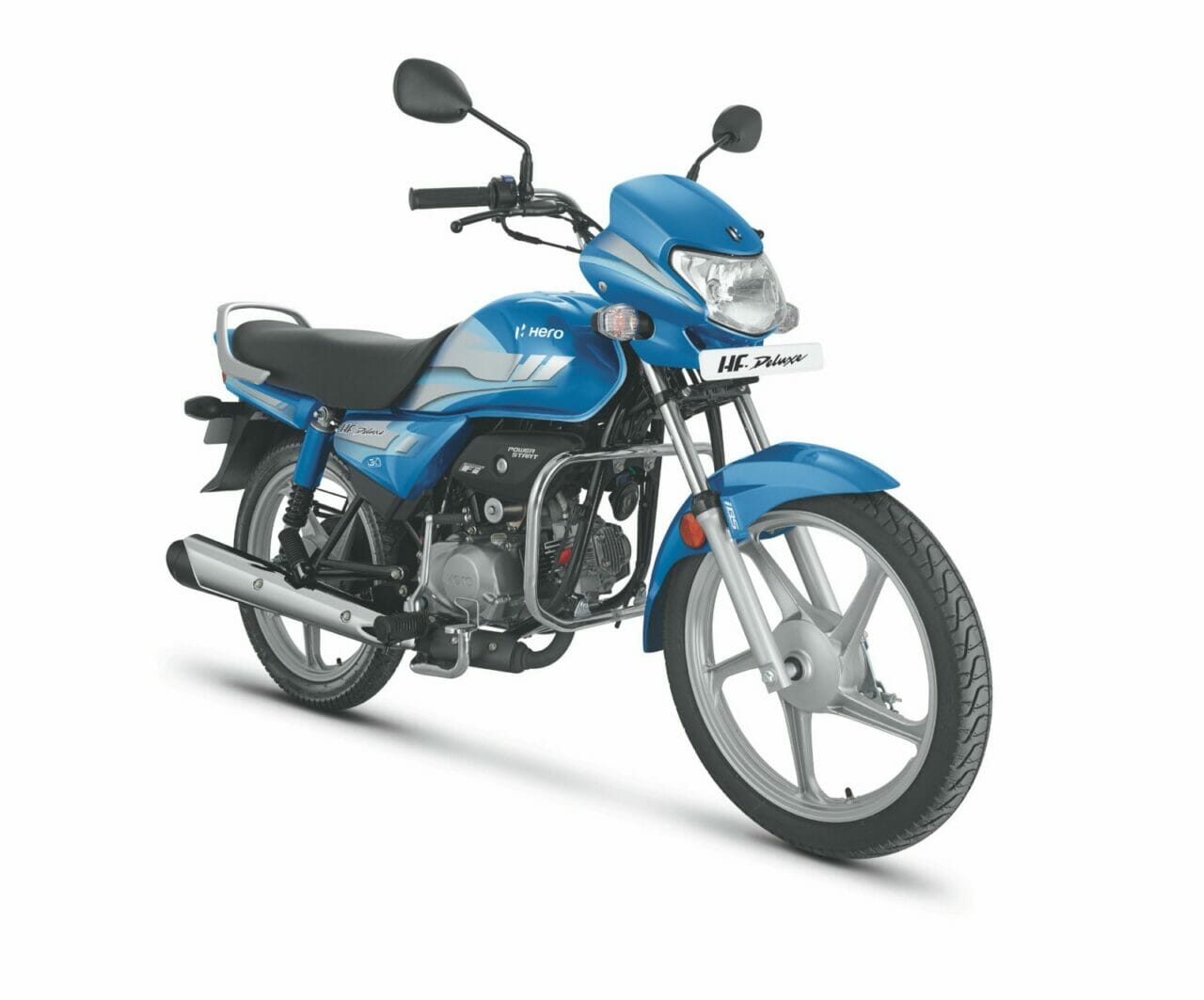 Prices of 100cc and 110cc bikes have soared after the BS6 transition. Many now start from Rs 50,000 onwards. However, a select few 100cc motorcycles are available in BS6 form below Rs 50,000. Hero MotoCorp has now announced its foray into this section with the silent launch of a stripped-down version of the HF Deluxe.

Hero has launched more affordable variants of the BS6-compliant HF Deluxe, which get a kick-starter in place of the electric-start feature. The bike is available in two variants – spoke wheel and alloy wheel, priced at Rs 46,800 and Rs 47,800, respectively (both prices are ex-showroom). 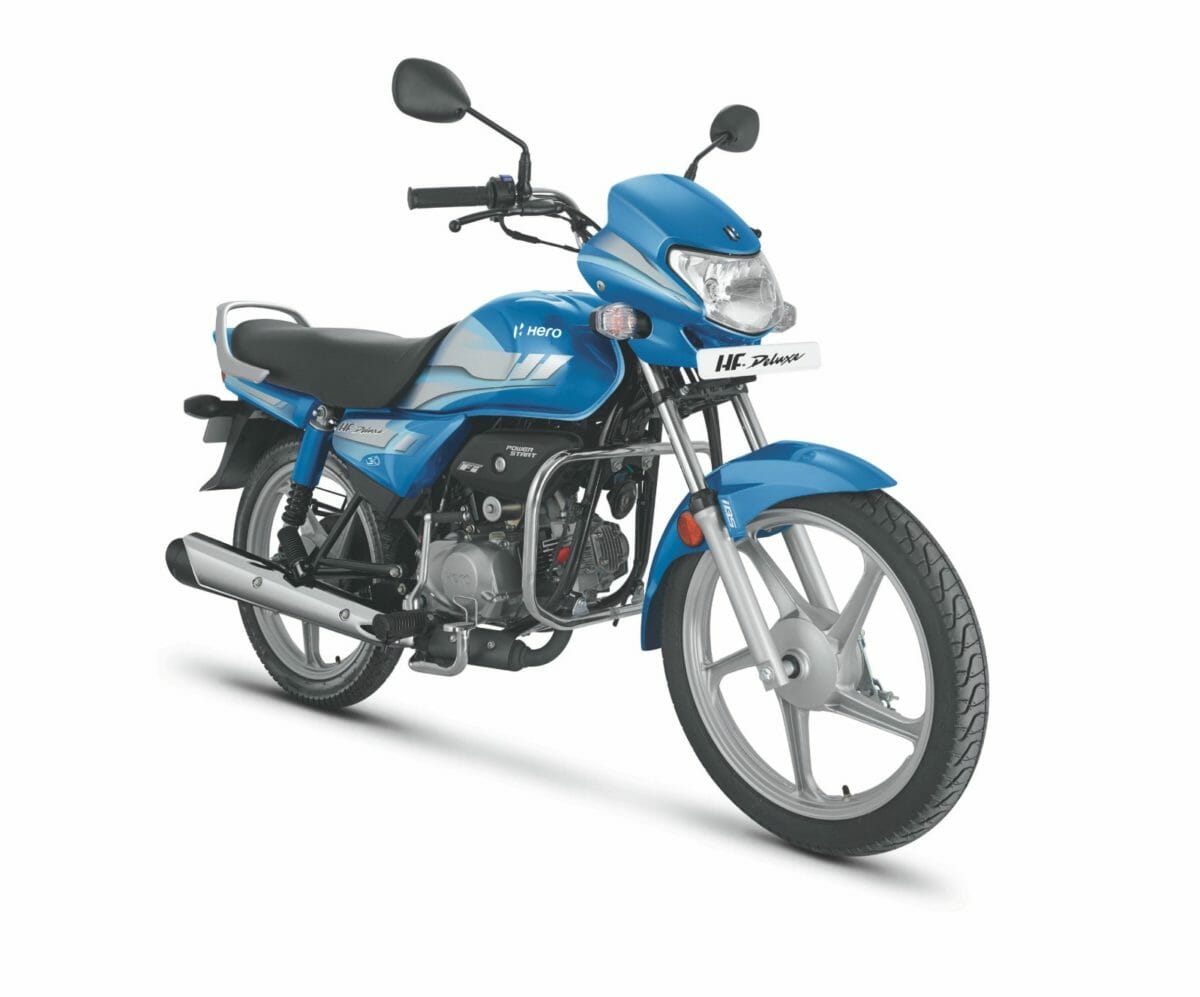 The largest two-wheeler manufacturer in India launched the self-start variants of the BS6 standard HF Deluxe at a price of Rs 56,6759 ex-showroom) in January at a premium of over Rs 9,875 on the newly launched most affordable version. This makes the total number of variants of the HF Deluxe in its BS6 form to five. The base variant of the HF Deluxe range misses out on an electric start and alloy wheels.

The entire HF Deluxe range is powered by the same 97.2cc single-cylinder engine that is now fuel-injected. Hero claims that the switch to fuel injection has also resulted in it being 9 percent more fuel-efficient. Meanwhile, peak power has gone down to 7.94hp from 8.36hp on the BS4 bike. While the peak torque figure remains the same, at 8.05Nm, it’s now produced higher up in the rev range, at 6,000rpm. This engine is paired with a 4-speed gearbox.

The claimed mileage is 73 kmpl, under test conditions. One can expect the HF Deluxe to give around 65kmpl in regular riding situations. Hero also claims that the new engine offers better performance with a 6 percent faster acceleration. The new HF Deluxe bikes feature Hero’s i3S (idle start-stop system).

The new variants of the motorcycle weigh 109kg. The fuel tank capacity is 9.6 litres while the ground clearance is 165mm. Hero says that with the BS6 compliance, the engine has become smoother, the uphill pulling power has increased, while high altitude riding and reliability have gone up.

Competition for the Hero HF Deluxe comes from the Bajaj CT100 that boasts a 7.9 hp and 8.34 Nm. The CT100 has a higher ground clearance but almost the same features as the Hero. The fuel efficiency numbers of the CT100 are not yet revealed. Bajaj has added an engine bash plate for usage on rough roads which Hero doesn’t offer. With respect to its competition, the Bajaj CT 100 continues to be the most affordable 100cc two-wheeler in the market with a price tag of Rs 41,293(ex-showroom).

Recently, Honda Motorcycles and Scooters launched the CD 110 Dream in its BS6 form. Similarly, TVS Motor Company launched the Star City Plus with the latest emission norms and is about to launch the Victor BS6 soon.