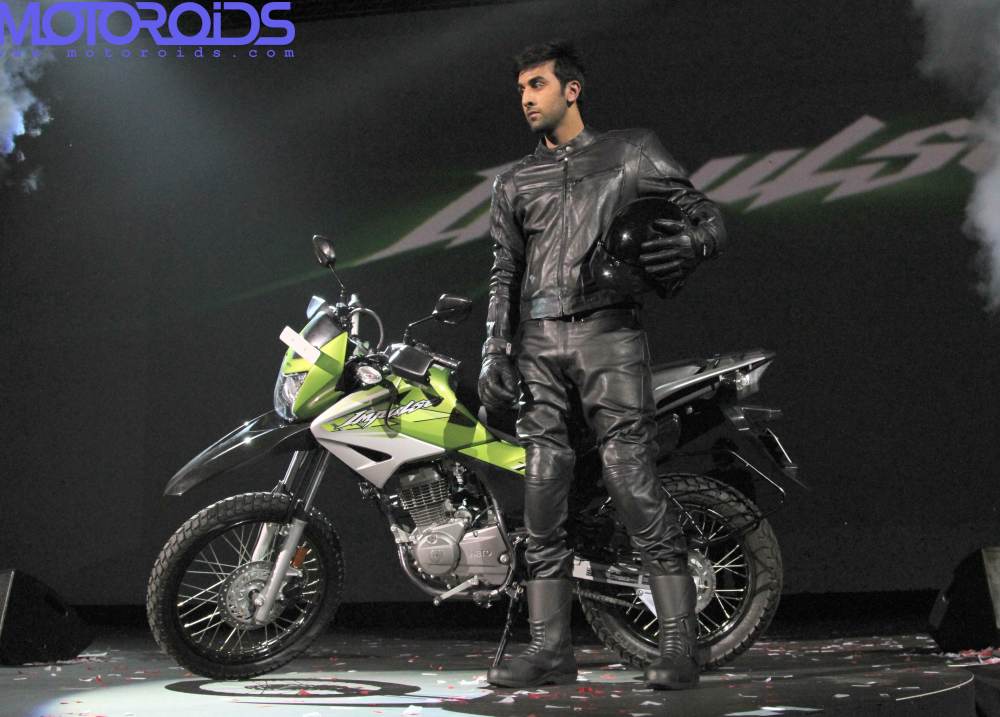 Among the two new vehicles introduced by Hero Motocorp in the UK, the first one is the company’s first on-off road bike – the Impulse. Our regular readers would remember that Motoroids (courtesy Deepak Dongre) was the first publication to unravel the mystery of the new 150cc Hero dirt bike. As we all know, most Hero bikes are derivatives of one of the machines from Honda. In case of the new dirk bike, the original bike happened to be the Honda NXR 150 Bros.

In its Indian avatar the bike has been slightly refurbished and been rechristened Impulse. While we have still not received any official information from Hero about the technical specifications and features of the new bike, the spec sheet of the NXR bros reveals a few things.

Powering the impulse is most likely a 149.2cc  OHC, single cylinder, 4 stroke, air cooled engine with max power rated at 13.8 hp at 8,000 rpm and max torque rated at  13.6 Nm at 6,000 rpm. The engine is mated with a5-speed transmission. The bike has a 12 liter fuel tank with 2.3 liters of reserve. Front Suspension is a telescopic fork unit with an expected 180 mm stroke and a monoshock at the rear with 150mm stroke. The saddle height for the bike in Brazil is 830 mm, with a minimum ground clearance of 244 mm. With a dry weight of 119.1 kg the bike runs of 1353mm wheelbase.

The bike was unveiled by Ranbir Kapoor who is also the brand ambassador for the bike. The dual purpose bike comes with gas charged ‘Nitrox’ rear suspension. The bike features a larger diameter front wheel, knobbly tyres, a high hround clearance and large front disc brakes for optimum performance off the road. The price of the new bike has not been revealed yet, but we’ll let you know about it as soon as there’s an official word by Hero on the subject.

Other features on the Impulse include solid knuckle guards, a high mount exhaust muffler, large and raised fenders, straight pull spokes and motocross seat to make it a proper off-road adventure bike.  The instrument panel for the bike includes a digital console with “Service Due” indicator, clock, fuel gauge and digital vertical bar display fuel gauge adds to the overall style which is irresistible. The bike will be available in Black, Vibrant Blue Metallic, Sports Red, Leaf Green Metallic and Vibrant Orange colours.