South Korean automaker Hyundai Motor Company on Tuesday unveiled its new Santa Fe, the latest generation of the company’s longest-running SUV which is expected to be launched in some of the international markets by fall this year. A shadowy preview image for the updated 2021 Hyundai Santa Fe has been handed down today, revealing a significant front-end makeover.

The teaser image reveals that the latest iteration of the Santa Fe SUV will get some cosmetic changes in its design although some of the experts are claiming it is effectively a mid-life refresh The SUV will feature a rugged yet refined exterior design, and an interior design update that provides premium facilities and comfort. 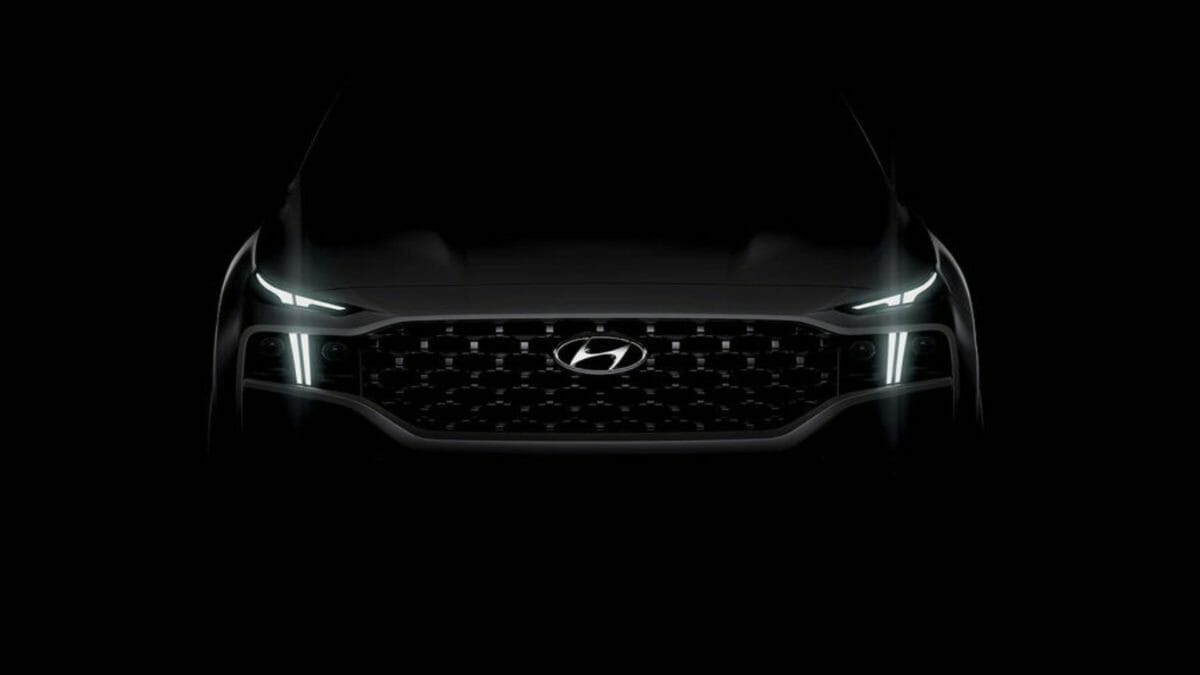 At the exterior, key changes witnessed is a new-look Hyundai grille, marking the first big step away from the ‘cascading’ design that has evolved over the past decade – right through to the wide mouth of the new Sonata sedan and the new  Elantra. In its new form, the Hyundai grille frame extends across the face of the new Santa Fe, tapering at each end to merge with the driving light housings. Two versions of the grille’s gloss black patterning are shown, the darker grille is the ‘standard’ front while the lighter example is the ‘luxury’ look.

The 2021 Santa Fe SUV adopts the design of ‘recessed lighting’, where the headlamps are positioned inside the grille and the lights blend perfectly with the grille when turned off, as quoted by the official statement of Hyundai Global on Tuesday.  Further, the eye-catching T-shaped DRLs are designed to be seen from a distance and hint at technological enhancements yet to be revealed.

The Santa Fe’s interior is also part of the roster of changes. Although no specific updates have been listed yet, Hyundai claims the changes provide “premium sensibility and comfort”.The overhauled Santa Fe is the first of the brand’s models in Europe to benefit from the “all-new third-generation Hyundai vehicle platform”. It allows for the introduction of hybrid and plug-in hybrid variants for the first time. 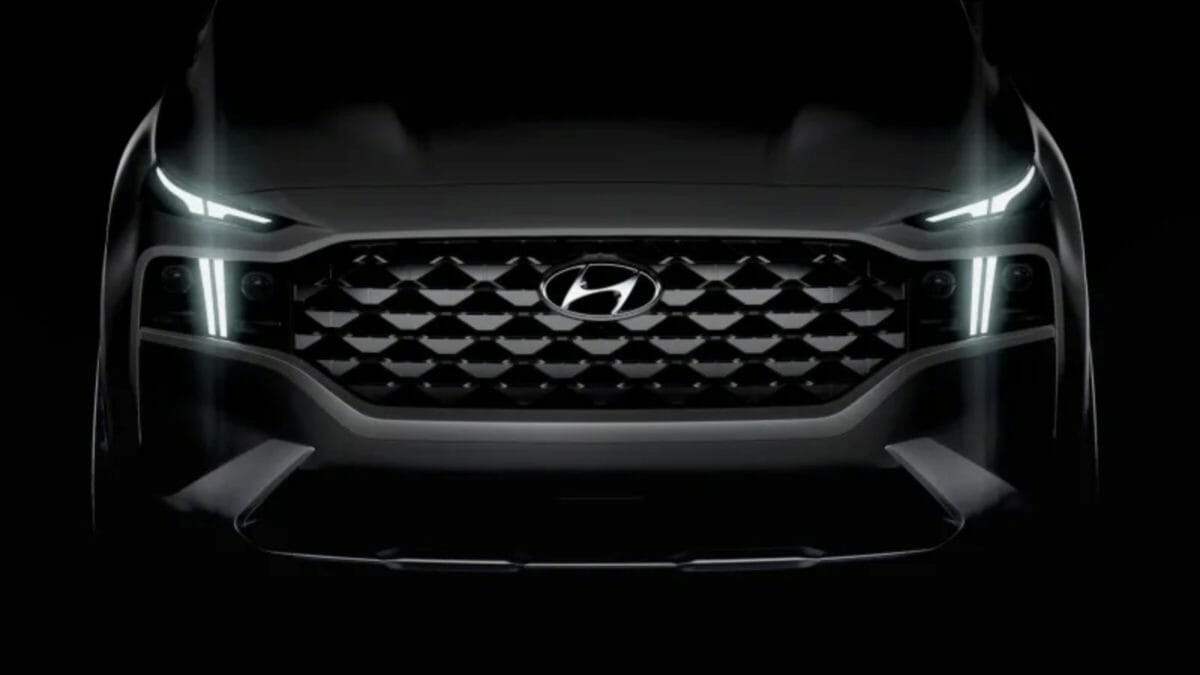 Besides these, the carmaker has not revealed many details about the new Santa Fe SUV. As far as the powertrains are concerned, nothing is clear at the moment. However, it is expected to be powered by the same 1.6-litre ‘T-GDi’ petrol turbo engine with an electric motor and lithium-ion battery pack that is used in Kia Sorento.

Hyundai added that the new details on the latest incarnation of its SUV should be revealed in the coming weeks. As mentioned earlier, it is expected to arrive in some markets, probably the European markets by September this year. As far as its probability of arriving in India is concerned it is still not clear. The previous generation Santa Fe was in sale in India from 2011 to 2019 and was the most premium offering from the South Korean car manufacturer but it did not get much response from the consumers because of its exorbitant price and better competitive offering in its rivals like the Toyota Fortuner and Ford Endeavour.