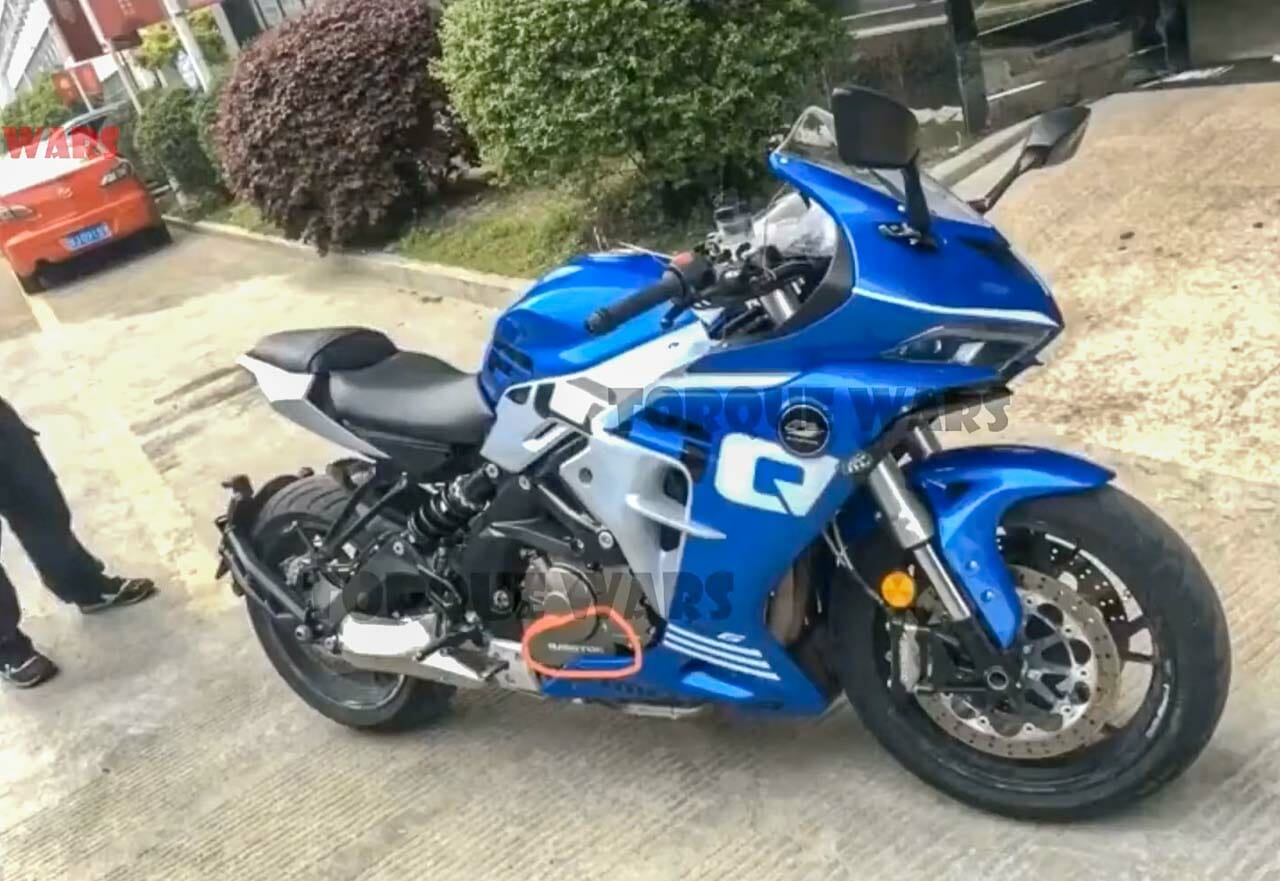 Benelli is planning to unleash a new arsenal of middleweight motorcycles upon the world. A few days ago, images of the SRK600 were leaked online. To clue you in, it was the same motorcycle which was spied several months ago. It was speculated that it was the next-gen TNT600i but as it turns out, it came with a different moniker altogether. Just when we were wrapping our heads around this scenario, a fully-faired version of the same bike has been leaked in a new patent image. It has also been spied undisguised, wrapped in a shade of blue and silver, prowling on open roads.

It will be christened as the Benelli 600RR, as the badge suggests and will serve as the only fully-faired sports bike available in Benelli’s portfolio. Benelli did have the Tornado 1130 but that was discontinued almost 6 years ago. It featured rather unconventional design and was lauded by everyone for its looks alone. Ever since its discontinuation, Benelli has been out of the Faired sports bike game. If the spy pictures and the patent images are anything to go by, Benelli is all geared up to shake the middleweight sports bike segment with the 600RR. 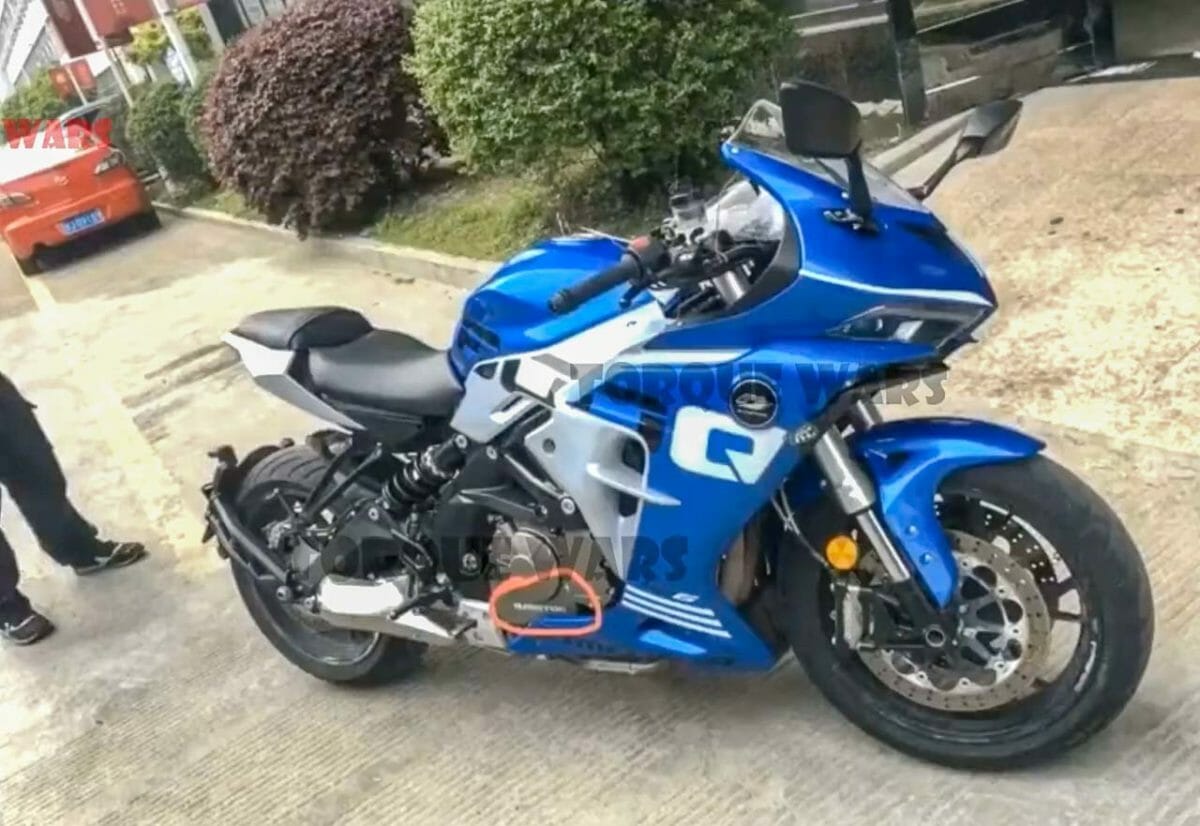 As one can make out from the images, the fairing is developed from ground up around the underpinnings we witnessed on the SRK600. The front fascia is highlighted by sharp lines and a set of twin headlamps. There’s also a small air-intake unit which sits smartly beneath the headlamps. 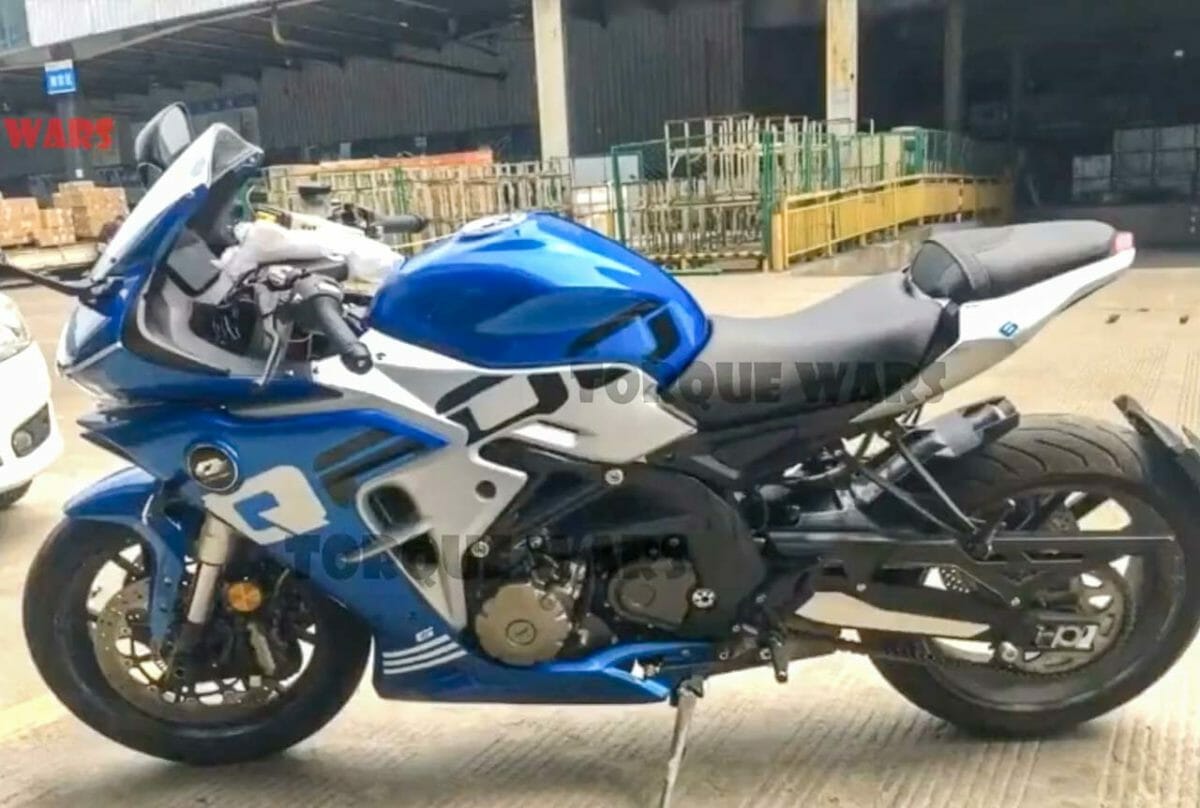 The tail lamp design is carried over from the SRK600 and the looks are debatable, to say the least. The riding stance is obviously more inclined towards being aggressive with the inclusion of clip-on handlebars and rear-set footpegs.

It will most probably use the same powertrain which will do the job for the SRK600. which again, is expected to carry the same mill found on the TNT600i. At its heart will be placed a Euro5/ BS-6 compliant 600 cc, in-line four-cylinder engine which will push out around 80 PS of maximum power. Once it makes its international debut, we can expect Benelli to launch it in India too. After it steps in the arena, it will engage in a fierce battle against the likes of the Kawasaki Ninja 650 and the Honda CBR650R.