BMW revealed the new-generation Z4 coupe at an auto show in California earlier this year. This will be the third generation of an iconic sportscar, which also once appeared in a Bond movie. Spied in India, the car is probably going through its pre-launch tests, before being introduced in 2019. Among its many variants, the one that we should get is the M40i First Edition. A popular car in India among fans of open-top motoring, the new-gen BMW Z4 is dynamic in its proportions and will be a more conventional roadster with a soft top like the SLK. The styling is also modern and futuristic at the same time, while the handling is said to be on par with the BMW M Performance models. 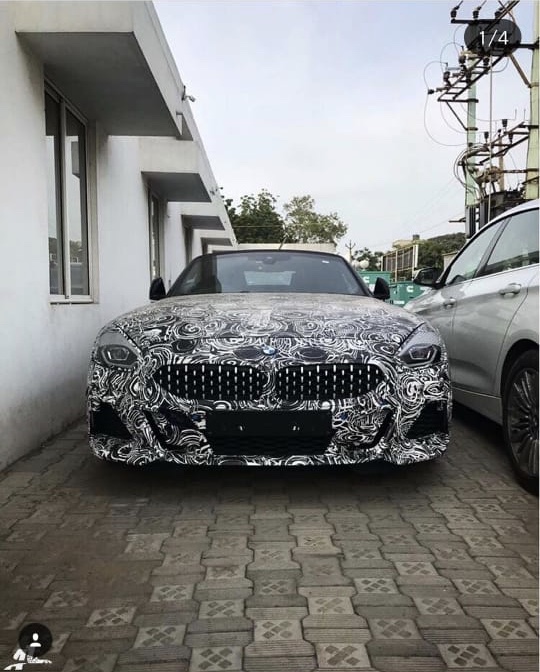 In its M40i guise, the new BMW Z4 is powered by a 3-litre, twin turbo 6-cylinder engine which churns out 340 bhp. Dismissing the naught to ton mark in just 4.6 seconds, the M40i gets sports suspension and electronically controlled dampers. Visually, the new Z4 gets vertically aligned headlights, signature kidney grille sporting a mesh design, bonnet stretching sports car-like over the wheels, large air breathers on the front wheel arches and the distinctive spoiler integrated into the rear lid, along with this the car also get adaptive LED headlamps with matrix function for the high beam and this is the first roadster from the BMW stable to come with Heads-Up-Display. 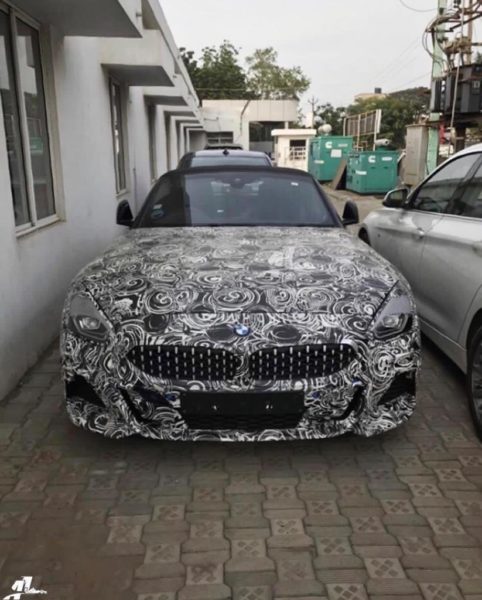 The 3rd generation BMW Z4 retains the front-engined, rear wheel drive charm of the original roadster and with its 50:50 weight distribution, should handle like a proper purist’s sportscar. Upon launch in India, it will take on the likes of the brilliant Porsche 718 and the good looking Jaguar F-Type P300. Although a two-seater, it will also present itself as a proper driver’s car with two seats less, in comparison to cabrios which are currently on sale and wear an Audi and Mercedes badge.