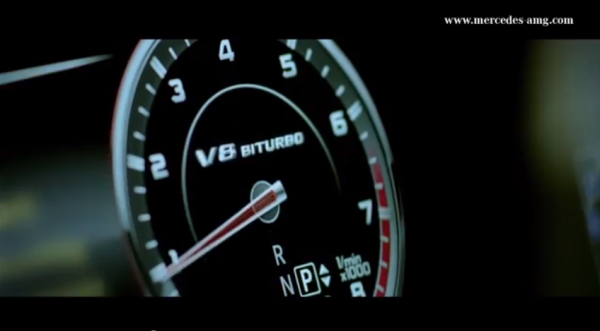 Now that the mighty new 2014 Mercedes S Class has come, can the AMG iteration be far behind? Mercedes recently came out with a new video which teases the much discussed 2014 S63 AMG.

The above video has been titled as “A New Member of the AMG Family” and gives us a good look of the upcoming car’s front airdam. The video also shows the car being fired to life and V8 Bi-Turbo flashing on the tachometer.

The video also gives us a glimpse of the V8 badge on the front fender, thereby reminding us that the car is powered by a V8.

The S63 is the next new S Class variant that is headed our way and is expected to become one of the most powerful Mercedes sedans of recent times, with a power figure that would be seen flirting with the 600PS mark.

It is also expected that the much talked about 2014 Mercedes Benz S63 AMG release date would fall in September and the car would be unveiled at the 2013 Frankfurt Motor Show.