Tata Motors recently announced a new limited edition model of the Harrier SUV for customers looking for a new car this festive season. Called the Harrier Dark Edition, this model is based on the fully loaded XZ variant of the Harrier and is priced at INR 16.76 Lakh. Before this car reaches the showrooms and new homes, do have a look at these images of the limited edition model being loaded in trucks and getting ready to reach Tata showrooms across the country. We thank Fanit Yadav on Instagram for sending these images across. 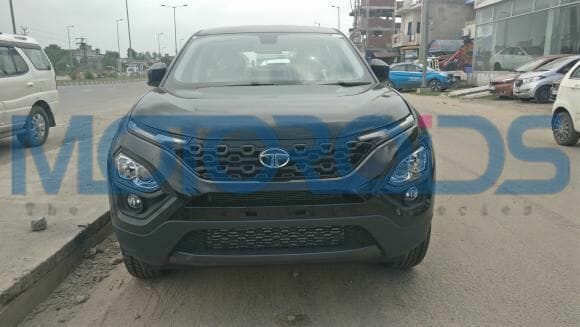 To tell you more about this limited edition model, the car gets a number of cosmetic changes, following a dark theme. While the interior and the exterior of the car are changed, the mechanical bits of the same remain unchanged. As many as fourteen design highlights are on offer, adding to the stealthy appearance of the car. The exterior of the car is painted in the shade of Atlas Black, with 17-inch Blackstone alloy wheels. Moreover, additional blacked-out treatment has been given to other exterior parts of the car. Moving to the inside, the car gets an all-new Blackstone theme- with the Premium Benecke Kaliko Blackstone Leather upholstery, Blackstone Matrix dashboard and a new Gunmetal Grey chrome pack, matching the stealthy look of the exterior. 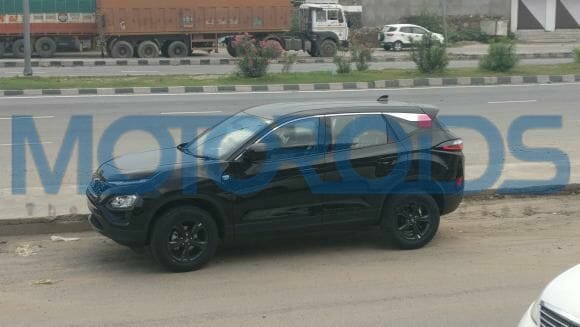 The Tata Harrier is powered by a 2-litre Multijet oil burner borrowed from Fiat. Dubbed the Kryotec engine, this motor has been tuned to produce 140 PS and a maximum twisting force of 350 Nm. Power is sent to the front wheels via a six-speed manual transmission and comes with three driving modes – Eco, City and Sport. Apart from that, the Harrier also comes with ESP paired with a terrain response system with three driving modes – Normal, Rough and Wet which help the car improve its performance off the road, despite being a front-wheel-drive vehicle. Available in a total of 4 variants, starting from the basic XE, followed by XM, XT and the top of the line XZ variant, prices of this SUV starts from INR 12.99 Lakh.