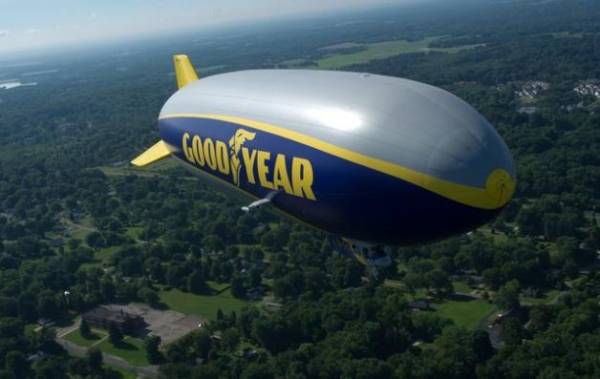 The big Zeppelin or blimp you see here with a comfortable cabin mounted beneath is what Good Year have christened Wingfoot One. The latest in the rich history of Good Year’s blimps is the first of a new generation of airships manufactured by Germany’s ZLT Zeppelin Luftschifftechnik. Assembled by a team of Zeppelin and Goodyear engineers over the past 12 months, it represents the first major structural design change of a Goodyear airship in nearly 70 years.

The Wingfoot One features advanced on-board avionics and flight control systems with the capability to travel at faster speeds and hover in place. The spacious passenger gondola will provide an enhanced in-flight experience with sweeping, panoramic windows. 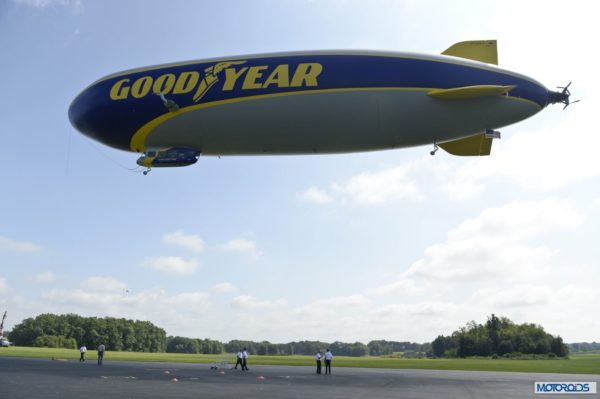 Goodyear will introduce two additional blimps to the skies over the next four. Goodyear’s aerial coverage of marquee events in 2014 includes the NBA Finals, college football’s BCS Championship, the Kentucky Derby, 2014 FIFA World Cup and Daytona 500.  Since 1917, Goodyear has built more than 300 lighter-than-air vehicles for public relations and defense applications, many built at the Wingfoot Lake facility. 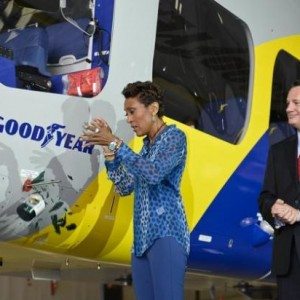 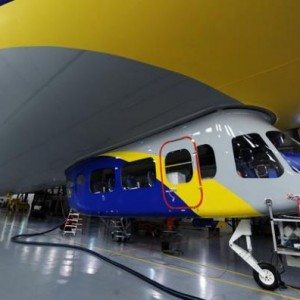 Robin Roberts, co-anchor of “Good Morning America,” christened Wingfoot One at the company’s Wingfoot Lake Hangar, in nearby Suffield, Ohio, outside Goodyear’s hometown of Akron.

The name Wingfoot One was selected from nearly 15,000 entries in an on-line public voting contest.  It was submitted by Akron resident Charlotte White who will receive a day of activities with Wingfoot One as her prize.