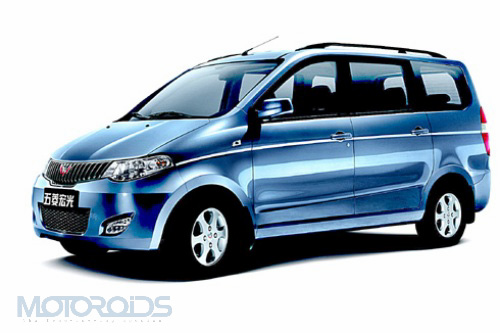 If u remember, sometime in the recent past there was something going on between GM India and SAIC. No I not referring to any extra-marital affair here but a JV which enables SAIC to sell its products in India through the GM India channel.

Karl Slym, President GM India said, “After the partnership with SAIC, GM in India has a wider menu to choose from with products from SAIC also available. By the end of next year or early 2012, we plan to launch LCVs in one-tonne capacity, which could be simultaneously followed by passenger cars.”

So it is official now that the Chinese brand will be bringing an MPV in 2011. GM will put this SAIC-derived MPV against Maruti’s EECO. Slym also pointed out the possibility of other cars coming out after this one, industry speculations of which suggest that a panel-van based on this MPV and a sub 1-ton LCV could be making it to our turf. The LCV is likely to be manufactured at GM’s Halol plant which has an annual capacity of 85,000 vehicles. As India proves itself to be a good export hub, GM might consider exporting the new cars from here.

We will see SAIC passenger cars badged as Chevrolet here but nothing has been finalised about the commercial vehicles.

Thanks Indian Autos Blog for the news and pic.