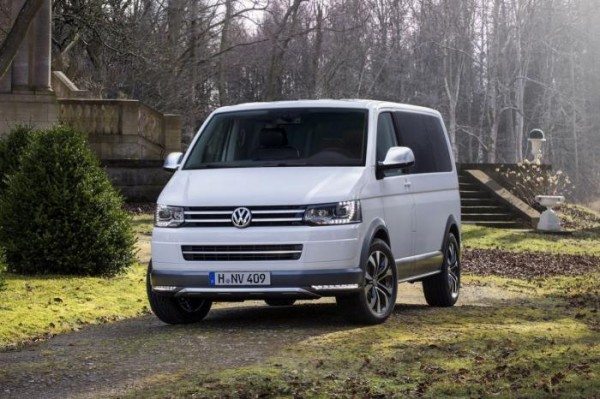 Volkswagen Multivan Alltrack concept has been unveiled at the ongoing 84th Geneva Motor Show in Switzerland.

The latest Multivan concept from VW comes with Alltrack all-wheel drive system, which is also found in the Passat Variant Alltrack. The Multivan’s exterior paint option, in words of VW Group, is ‘Moonstone Mother of Pearl Effect color’. The concept model rides on 19-inch high-gloss alloy wheels and boasts of matte silver underbody protection. On the inside, the Volkswagen Muntivan Alltrack concept gets Poltrona Frau natural leather upholstery, which has been complemented by dark brown wood boat floor. The van comes with an eight-inch touchscreen display, which has been wired to the infotainment system, which in turn is connected to a Dynaudio Surround Sound system. 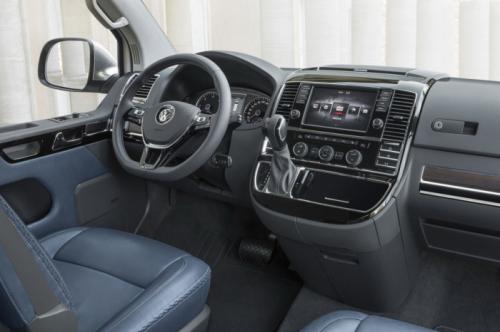 Powering the Volkswagen Multivan Alltrack is a 2.0-liter 4-cylinder TDI engine that has a max power of 180 HP (132 kW) and the new minivan concept has an approach angle of 21-degree, along with a a 15-inch departure angle.

The Volkswagen Multivan Alltrack concept looks production ready, which means that the production-spec model might very well be on its way! 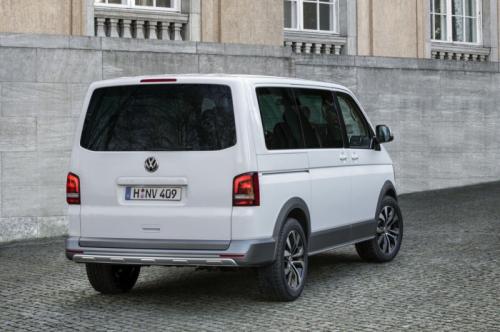