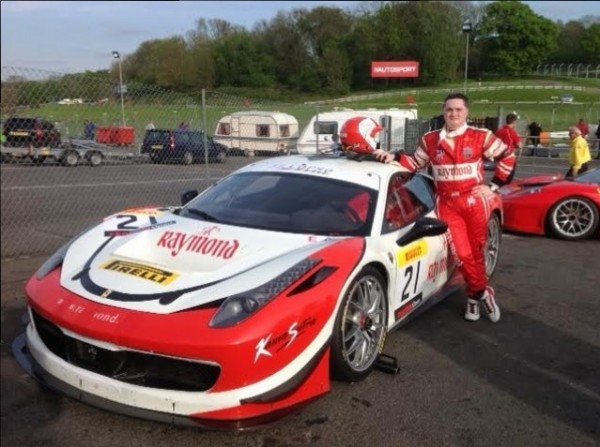 In a first by any Indian, racing enthusiast Mr. Gautam Singhania (Chairman and Managing Director, Raymond Group, and Founding Chairman of Super Car Club in India) bagged top honours at 2014 Pirelli Ferrari Open held at Brands Hatch, Great Britain (United Kingdom). He won both the epic races (Race 1 – 25 minutes and Race 2 – 45 minutes) at the 2014 Pirelli Ferrari Open, an invitational race organised by The Ferrari Owner’s Club of Great Britain for its members, which is supported by Pirelli. Membership of the Ferrari Owners’ Club is open to anyone who either owns or has owned a Ferrari. The Club is international in concept, with members in 36 different countries.

Speaking about his feat, Mr. Singhania said, “It’s a dream come true to score a double whammy and keep the India flag flying high in an international circuit! The build up to a race was a feeling of pure bliss for every racing fanatic. Race day was really a big day for me as I raced at Brands Hatch 32 years after learning to race here.  Winning two races back to back was thrilling given that I was participating for the first time.“

Mr. Singhania won the first race by 40 seconds which is a good margin and was a clear winner in the second race. Last year, Mr. Singhania had accomplished an astonishing feat as he became the fastest in a non-open wheel car on the Buddh International Circuit when he clocked 1 min 59 secs to complete a lap (which is 5.1 km).