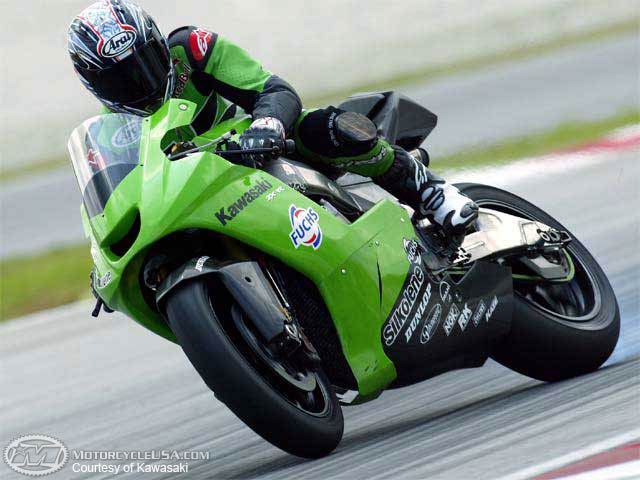 [6th June 2010-Update: His Facebook page claims that he won’t be continuing with FB Corse. This means his comeback plan with this particular team is dead. Lets wait till he makes a press statement about his future plans. We all know how good a rider he is. We want you back Garry!]

Yes, you read it right! We are talking about the same daredevil Australian who used to exit corners sideways on the lethal MotoGP machines. He was perhaps one of those guys who don’t have the words ‘?give up?’ in their dictionary. His racing career however wasn’t something that could be called smooth. Although he did not win any championships, he has won races at times when not a single spectator expected him to be on the podium. He was often referred to as ?the ‘Slide King’? because of his riding style. No one in today?’s line up of racers would try to go sideways the way McCoy used to. The oversteered bike?s burning rubber could set any aficionado?s pulse racing…

Now the man is returning maybe to regain his title of the ‘Slide King’ and erase memories of his disastrous 2003 MotoGP season. The Australian tried his skills at WSBK, WSS and Supercross too but in vain. Gary returned to MotoGP as a test rider for Illmor team some time back, but unfortunately failed to make any impact yet again. This time however, we are looking forward to some serious racing from the as Australian as he signs a 2 year contract with FB Corse team. Another unlucky chap, John Hopkins who was supposed to join the team has suprisingly been sidelined for the Australian.

Mccoy will be riding the same bike which was designed for BMW?’s MotoGP venture. BMW had axed the plan of entering MotoGP and focussing on WSBK instead which left the development of the bike unfinished. The bike is rumored to produce a little less power than the competition but no official figures have come out till now. We are expecting the bike to be significantly lighter with its engine’s 3-cylinder configuration, but we doubt if it will be able to make an impact similar to its WSBK sibling – the S1000RR.

While Mccoy will ride for FB Corse’s MotoGP operations, Simone Giorgi will be piloting the team’?s Moto2 bike. All this means more action this season. All Garry has to do now is to qualify for this season and get ready to race with his old competetors i.e. Valentino and Capirossi along with the set of new riders like his compatriot Casey Stoner who has himself shown us some kick-butt powersliding action at last year’s Philip Island round!