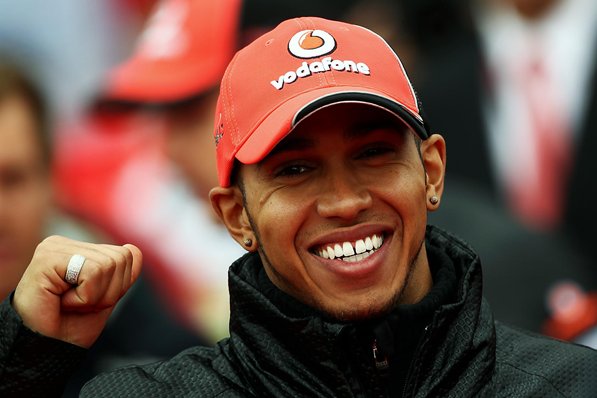 Lewis Hamilton from McLaren to take a well deserved victory at Nurburgring. The man said that the race was an ‘easy’ one for him. Hamilton took the lead from Mark Webber at the start of the race, losing it back momentarily at the 12th lap, grabbing it again immediately. Hamilton overtook the Australian Webber with a quicker pitstop, and managed to keep the order for the rest of the race in which the leading pack took three pit stops each.

Behind him, Fernando Alonso from Ferrari and Sebastian Vettel from red Bull fought for the third place, with Vettel winning the duel. Alonso, however managed to pass Vettel in lap 10.  Alonso passed Webber too to finish in second place, about 3.9s behind Hamilton, and 5.8 seconds ahead of Webber.

Vettel’s Red Bull team outsmarted Ferrari’s Massa as both entered the pits together but the former coming out earlier, and finishing fourth. Massa was disappointed with his fifth position finish.

With this win, Hamilton is now placed third in the championship standings with 134 points. Sebastian Vettel with 216 is at the top spot, and it’s almost certain that the man would take the crown this season. Mark Webber is in seconf position with 139, with Alonso in fourth with 130. Jenson Button is placed fifth with 109 points. For the constructors’ championship, Red Bull, Mclaren and Ferrari are placed first, second and third with 355, 243 and 192 points respectively.

Here’s the final classification for the race