Ford Mustang fanboys might be familiar with the Mach 1 moniker. The Mach 1 debuted as a 1969 model year and immediately earned its place in the Mustang line, with enhanced performance and dynamics using the GT’s suspension. It has been an absolute favourite ever since. The last Mach 1 variant of the Mustang went on sale in 2004 and was later discontinued. Pony Car enthusiasts can now rejoice because Ford is looking forward to reviving the Mach 1 in 2021. They recently shared an official release, announcing the same and also shared some pictures of the test mule doing rounds on a racetrack.

Ford recently faced a lot of backlashes when they announced that they are building an electric SUV named Mach EV. The Mach moniker is supposed to resemble high-performance coupe and when the fans got to know that Ford is building an electric SUV with the same moniker, it received a mixed response. Part of the reason why Ford decided to bring justice to the moniker by planning to unveil a ‘True’ Mach 1 Mustang. 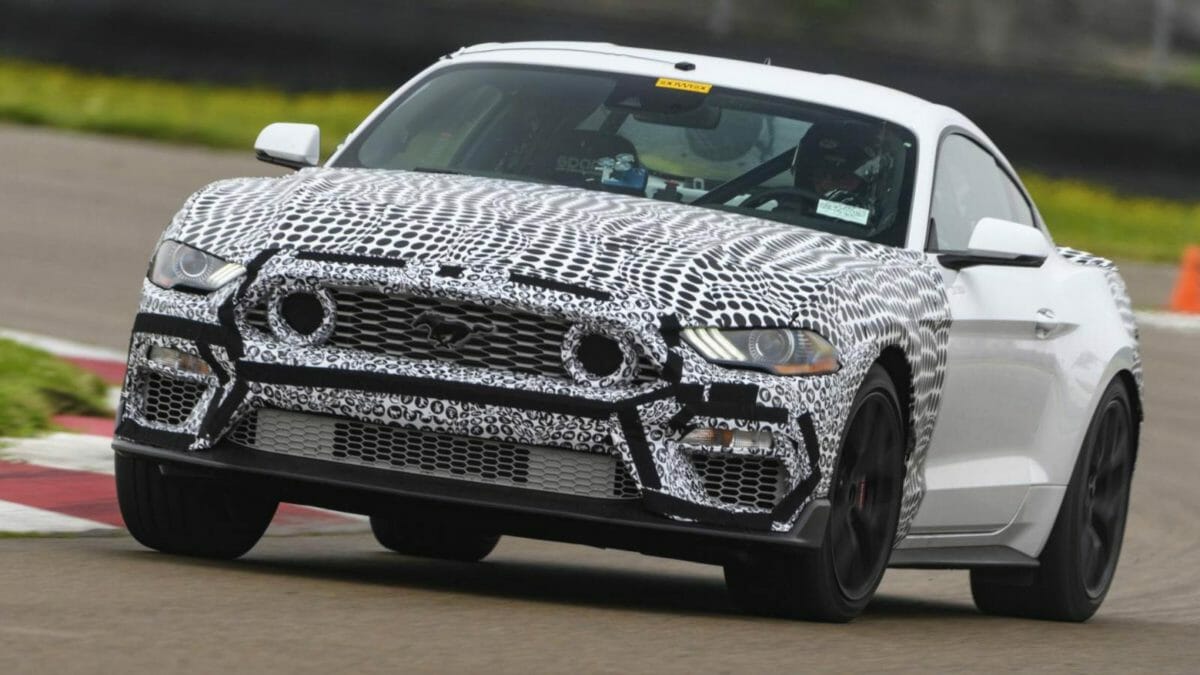 The 2021 Ford Mustang Mach 1 is expected to feature a 5-litre, V8 engine tuned for track performance. It is going to be based on the GT version and is expected to belt out around 500 hp, given the fact that the normal naturally aspirated V8 Mustang makes 460bhp and the 5.2-litre Shelby GT350 has 526bhp. In the images that were shared by Ford, the Mach 1 is slightly camouflaged but one can make out certain details. The air intakes incorporated in the grille takes us back to the 1969 version of the Mach 1. The quad pipes on the test mule look bazooka-sized, hinting that the 2021 Mach 1 means business! Ford’s teaser images also reveal big Brembo brakes and sticky Michelin Cup 2 tyres. 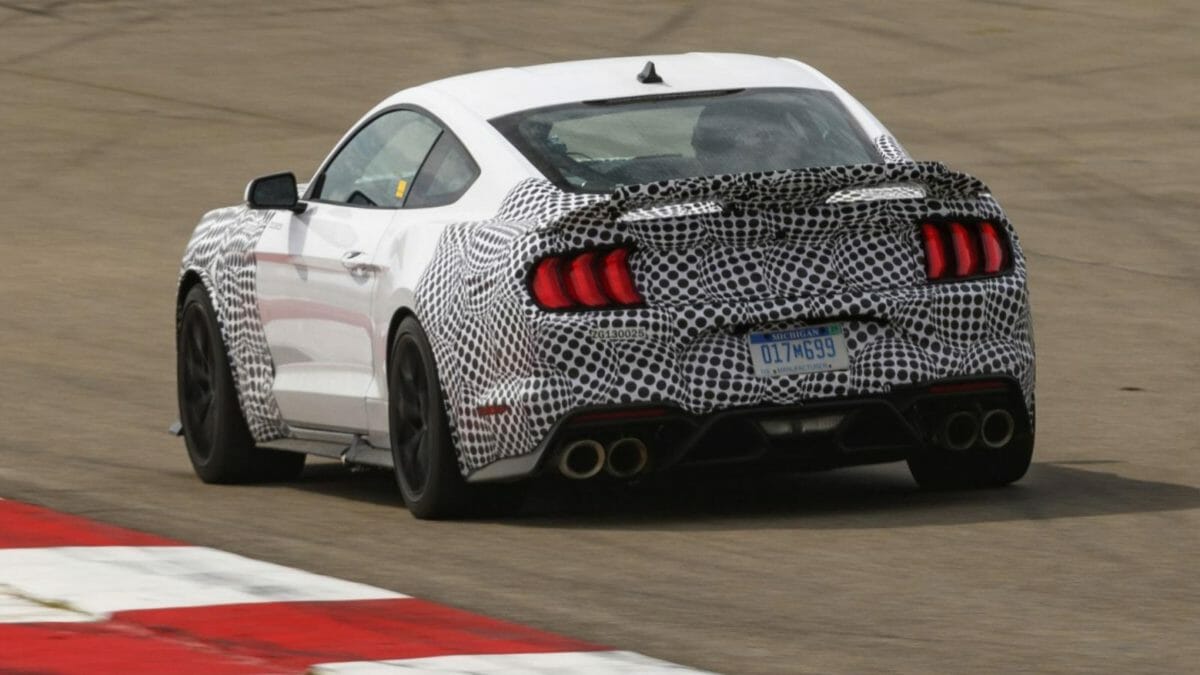 We think that the Mach-e SUV and the Mach 1 Mustang can exist at the same time and it is great for a company like Ford who is readily accepting the fact that the future is electric and is ready to lend their first electric SUV a legendary moniker. While teasing the Mustang Mach 1, Ford has also signalled that they still care about the traditional Mustang fan who wants the roar of the engine and want to hear those pops and crackles coming out of the exhaust.

In an official announcement, Dave Pericak, director of Ford Icons said, “Mach 1 has a special place in Mustang history, and it’s time for this special edition to claim the top spot in our 5.0-litre V8 performance lineup and reward our most hardcore Mustang enthusiasts who demand that next level of power, precision, and collectability. Like the original, the all-new Mustang Mach 1 will be true to its heritage, delivering great looks and as the most track-capable 5.0-litre Mustang ever.”