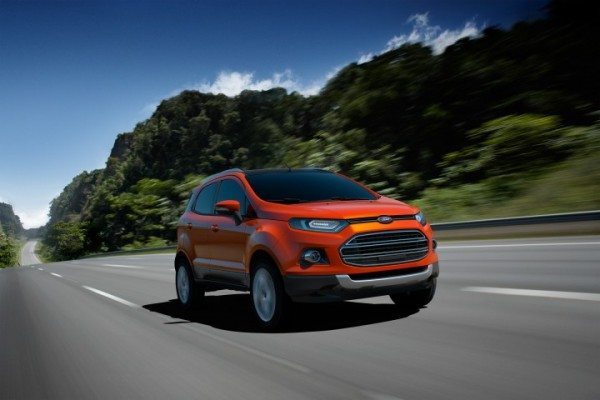 Regulars here would remember that we reported in detail when Ford EcoSport made its ASEAN debut at the 2013 Bangkok Motor Show. During the unveiling ceremony, Ford stated that EcoSport is an “aspirational alternative” to a compact cars/small car. It may be noted that the Ford EcoSport, in all probability, would be positioned just above B segment hatchbacks such as the high selling Swift, the Hyundai i20, Toyota Etios and the likes and it would be interesting to see if small car buyers would stretch their budgets to buy a worldclass product that will give them the comfort of a SUV at a price that will be little more than that of a small car.

The Thailand spec EcoSport will get a 1.5 Litre Ti-VCT naturally aspirated petrol engine that will be mated to 5 speed manual gearbox as standard and get an optional 6 speed PowerShift automatic gearbox for top end variants.

For the Indian market, the car will be sold with three engine options- the entry level 1.5 litre normally aspirated petrol engine that does duty on the Fiesta sedan, the 1.5 litre turbocharged diesel motor that does duty on the Fiesta sedan and the much publicized 1.0 litre EvoBoost turbocharged petrol engine that has been in talks for its phenomenal power output and other characteristics. The Ford EcoSport measures less than 4 meters in length and will hence benefit from the excise duty relaxations provided by Govt. of India. This will enable Ford India to price the new car really well and the base model of the car might get a sticker price of just INR 6 lakhs.

The EcoSport will have the Renault Duster as the only direct rival and is looking poised to take the SUV segment of our fast developing car market by storm.