Home Ford Ford Mustang likely to launch in India at the Auto Expo 2016; could be priced at INR 65-70 lakh 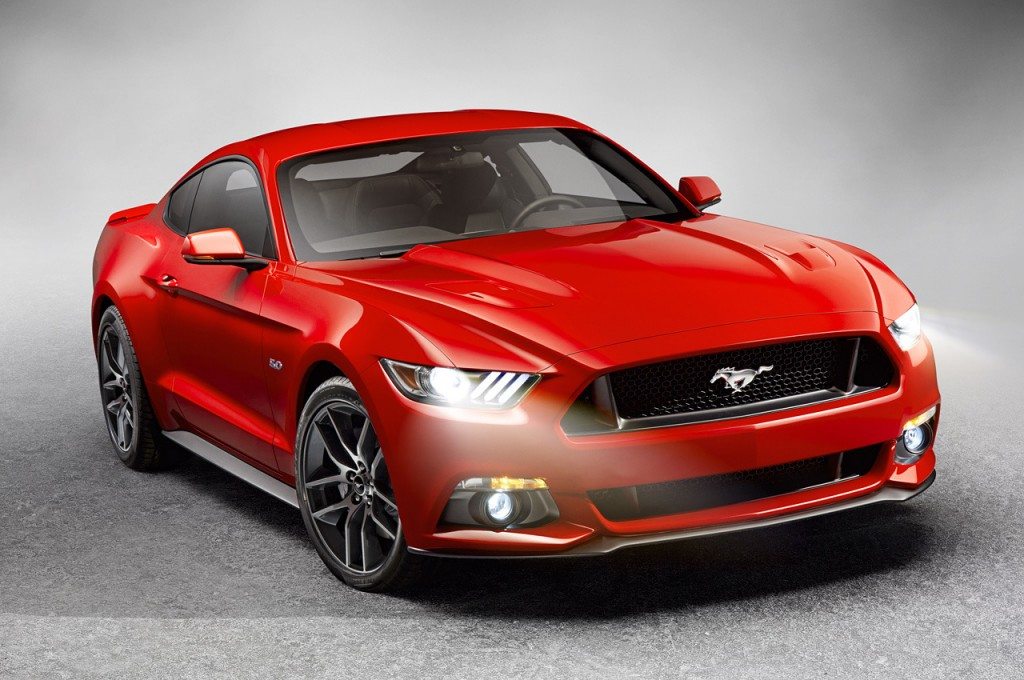 After being spied on Indian soil on two separate occasions (one and two), fleeting details of the 2015 Ford Mustang’s Indian launch materialize. ET Auto reports that a launch is likely to happen February 2016, with purported prices ranging between INR 65-70 lakh. Since the Auto Expo 2016 is scheduled in February itself (5-9), we’re taking a wild guess that America’s most iconic muscle car (actually, the Mustang’s a pony) could very well be driving into India at the country’s biggest automotive event.

India could get the 5.0 L GT version for now, the one with quintessential Americana flavours, that are dominated with the 5.0 litre, V8 petrol engine, good for 435 hp and 542.3 Nm of torque. 100 kph from a standstill is dispatched in a mere 4.5 seconds, aided by the optionally available six-speed automatic transmission that sends power to the rear wheels only. A six-speed manual transmission with launch control comes as standard, but it’s unlikely that we’ll get the purist’s choice here.

Other go-faster bits include Brembo brakes with 6-piston front callipers, Electronic Line-Lock, Electronic Stability Control (ESC) and for the first time in Mustang history – an independent suspension set-up at the rear. The 5.0 L GT retails for $32,300 (approximately INR 20 lakh) in the US, and £33,995 (approximately INR 33.7 lakh) in the UK, before one starts optioning things up.

Once launched, the Mustang will be the most expensive car in Ford India’s line-up, and shall also act as the brand’s halo car in the country. The Mustang will be imported and sold in India via the CBU (Complteley Built Unit) route. With the aforementioned Indian prices, the sports car will still undercut equally equipped European competition by a fair amount. Incidentally, Ford is offering the Mustang with a right hand drive configuration for the first time in history, meant for markets like the UK, Australia and ours.