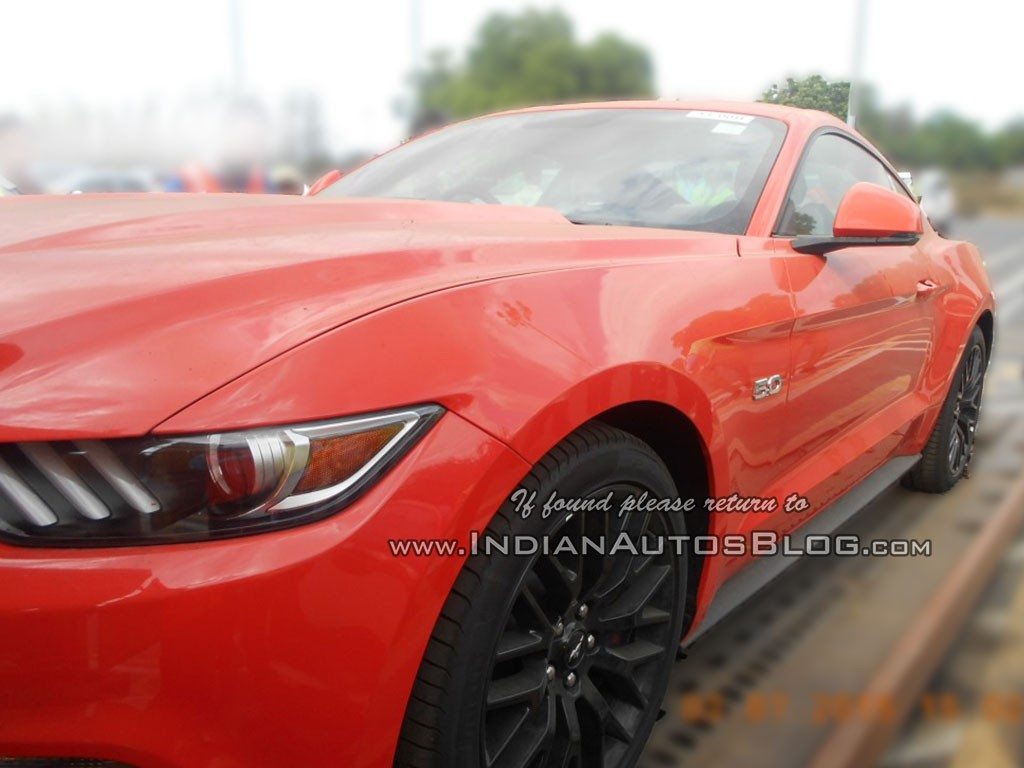 One of the most iconic sports cars in the world, the Ford Mustang, now in its sixth generation, is India bound soon. For the very first time, Ford is making a RHD (Right Hand Drive) version of its famed “muscle” car, for markets like ours. Back to the Indian context, this is the second spotting of the 2015 Ford Mustang in the country, the first was earlier this month, when the very same car was spotted at the ARAI facilities in Pune.

We’re getting the heavyweight 5.0 L GT (V8) version,  downplayed only by the beastly Shelby GT350 version. It’s 5.0 litre, Ti-VCT V8 engine is good for 435 hp and 542.3 Nm of torque, allowing 1692 kg of Mustang to dash from 0 to 100 kph in a mere 4.5 seconds. Power is sent to the rear wheels with the optionally available six-speed SelectShift automatic transmission that features paddle shifters on the steering wheel. A six-speed manual transmission with launch control comes as standard, but it remains to be seen whether Ford India has it on offer. 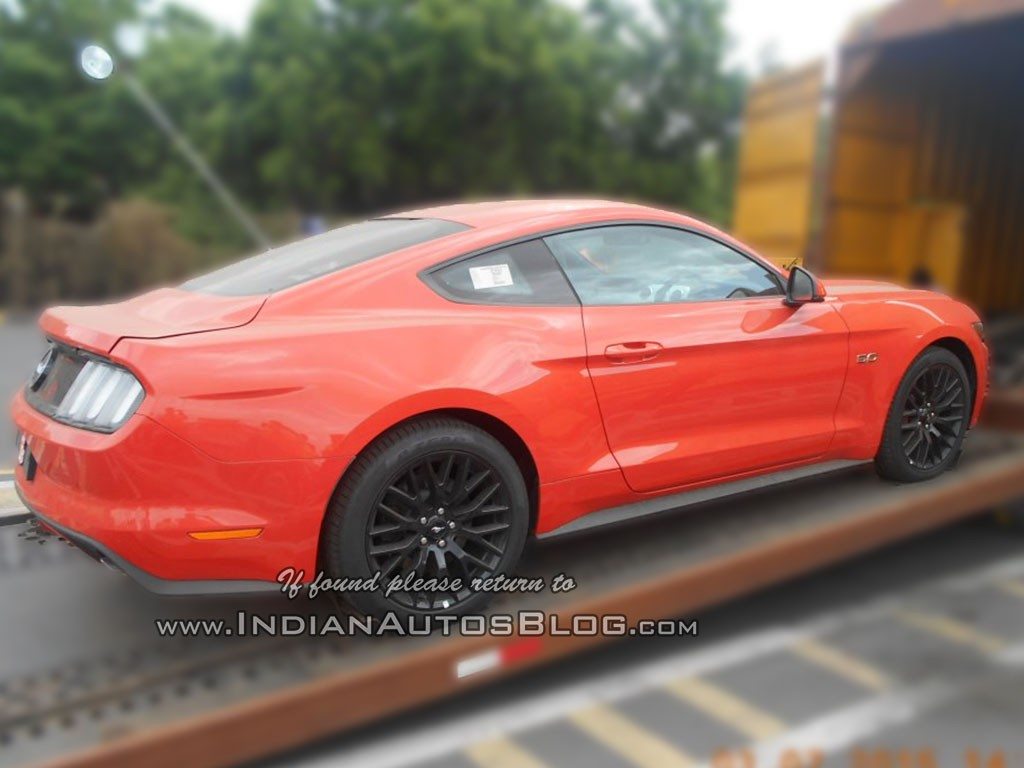 Over the years, the Mustang has evolved to become handy around corners as well, and incorporates Brembo brakes with 6-piston front callipers, Electronic Line-Lock, Electronic Stability Control (ESC), Selectable Drive Modes, and for the first time in Mustang history – an independent suspension set-up at the rear. It has also learnt to be economical, and is even available with a 4-cylinder EcoBoost engine in US and Europe.

The 5.0 L GT retails for $32,300 (approximately INR 20 lakh) in the US, and £33,995 (approximately INR 33.7 lakh) in the UK, before options. India will get CBUs (Complteley Built Unit), and pricing is expected to be in the region of INR 60-65 lakh, undercutting equally equipped European competition by a fair amount. Ford India has released no timeline as to when we can expect the Mustang’s launch, but it’ll be positioned as the brand’s halo car in India.