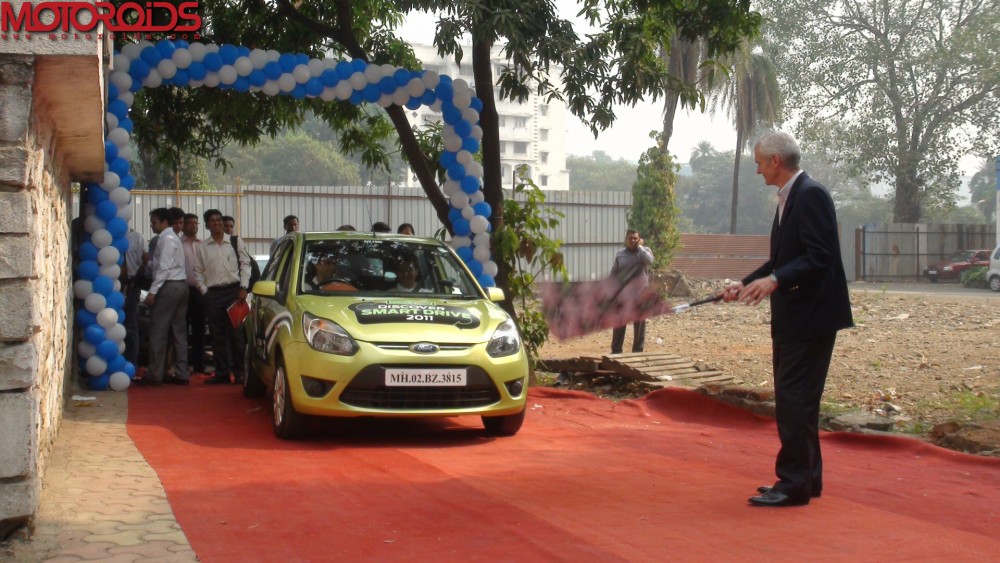 Ford India’s Discover Smart Drive (DSD Season 2) has made a comeback and has been flagged off today. For the first-time ever, the finishing leg of the drive will be in Nepal – an export market for the phenomenal Figo.

The winner gets a chance to drive the Figo in Nepal, which also includes a helicopter ride over the mighty and scenic Himalayas (depending on weather conditions). The drive kicks off simultaneously on December 5 from Jammu, Lucknow, Mumbai and Chennai with four legs travelling the North to West, North to East, West to South and South to East corridors respectively.

Ford India selected the participants from a contest calling for entries on Facebook.com/FordFigo that invited young passionate people to take part in the eight-day drive. To qualify, participants had to send in their nominations by submitting videos that convinced the jury of their candidature as the most worthy.

North to West leg of the tour, Jammu-Amritsar-Chandigarh-New Delhi-Jaipur-Jodhpur-Pokhran will be driven by Bunny Punia and Bobby Roy.

North to East – leg of the tour, Lucknow–Allahabad–Varanasi–Hazaribaug–Durgapur– Kolkata will be driven by Nishant Biswal and Iti Aggarwal.

West to South leg of the tour, Mumbai-Pune-Kohlapur-Goa-Kozhikode-Kochi will be driven by twin brothers Gunjan and Gaurav Juyal from Mumbai. 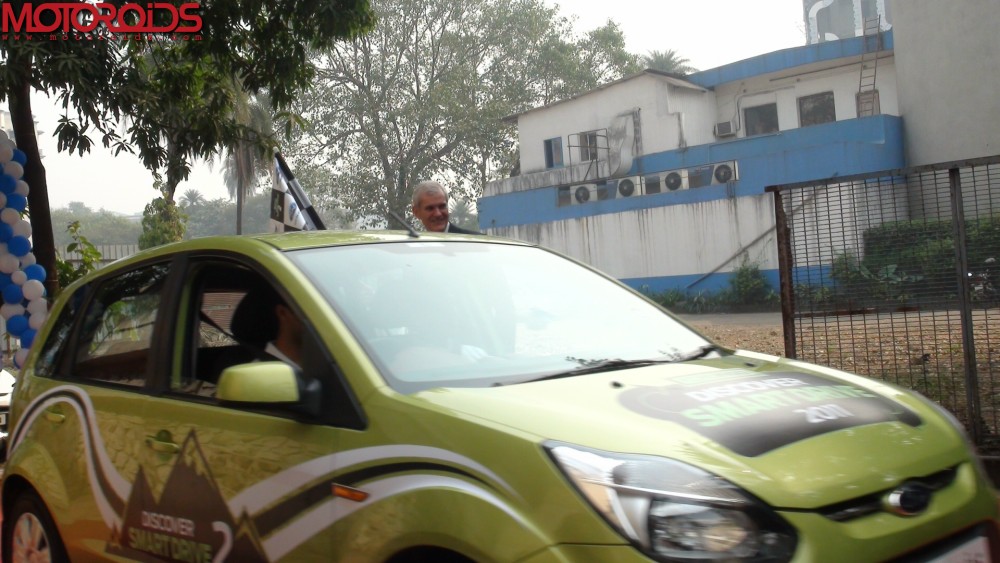 For the first time ever, Ford India has made the entire DSD Season 2 a whole lot more experiential by roping in fan participation, both online and offline, as an important component of the drive. The new point-based scoring system adopted for the drive is made more challenging by linking it to finding pieces of and completing a zigsaw puzzle along the route in the shortest time. But the interesting catch is to complete it with active fan participation and engagement and evaluation of the videos shot along the way.

They’ll share their journey stories, photos, videos and experiences online on their social profiles, as well as engage with the Ford Figo fans on the official Ford communities – on Facebook (https://www.facebook.com/fordfigo), Twitter (https://twitter.com/fordfigo) and Driving Ford blog (https://www.drivingford.in).

Ford Figo fans can follow the teams online on the Ford Figo communities and help the teams by posting valuable suggestions, advice and tips and participate in the offline events in their respective locations along the way. There are interesting prizes for fans to be won on the Ford Figo online community.

Flagging off the drive from Mumbai today, Nigel E Wark, executive director, Marketing, Sales and Service, Ford India said, “Figo’s value proposition of being a value-for-money vehicle continues to find reverberation in the market. We are happy to kick off the Discover Smart Drive 2 to Kochi and we wish to thank all our customers for their support in making Figo the most popular car in its segment in India and find growing acceptance in exports markets world over.”