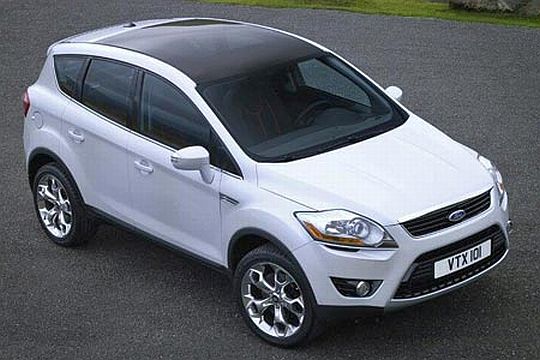 Of the many products that Ford india plans to introduce to the country, the Ecosport was speculated to be one of the more exciting models. Seems like the India carmaker in a momentary fumble, given out the secret of its new model to the auto bloggers community. While searching for Ford Ecosport, some of the enthusiasts were taken to the Ford Ecosport India page, where they were shown the features of the soon to be launched compact SUV. The Ford B-Platform (New Fiesta) based SUV will be a perfect product for the Indian market where a reasonably priced compact SUV from an international carmaker is sorely missed. Here’s one of the images shown on the product page of the new car.

Another good news, as evident from the product pages is that the new SUV will come equipped with the new and globally acclaimed Ford Ecoboost engines. The direct injection, turbo boosted engines have a significantly higher specific output and efficiency. Not only this, these engines are also quite powerful fun to drive. Diesel burning duties are expected to be taken care of by the 1.5 liter TDCi power plant which also powers the new Fiesta.

We expect the 2012 Ecosport SUV to be positioned somewhere below the Fiesta, to make a viable case for itself. Expect the car to make an Expo 2012 debut in India.

Stay tuned for more update on the topic.