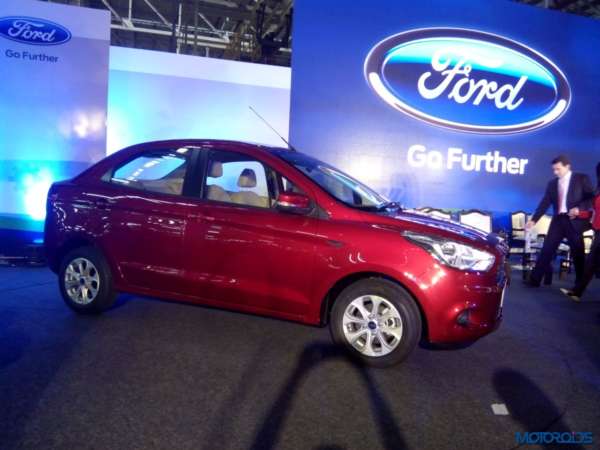 Ford India, at the inauguration ceremony of their new Sanand plant in Gujarat have also unveiled the sedan version of the new Figo. The new car will be called Figo Aspire and will be the first car to be produced at the plant.  Competing in the crowded sub-4 meter sedan segment, the new Figo Aspire will take on the Swift Dzire, Amaze, Zest and Xcent.

Previewed as the Figo concept on the sidelines of the 2014 Delhi Auto Expo, the new compact sedan will be followed by the hatchback. Together, the two models promise to establish Ford in the popular category once again. 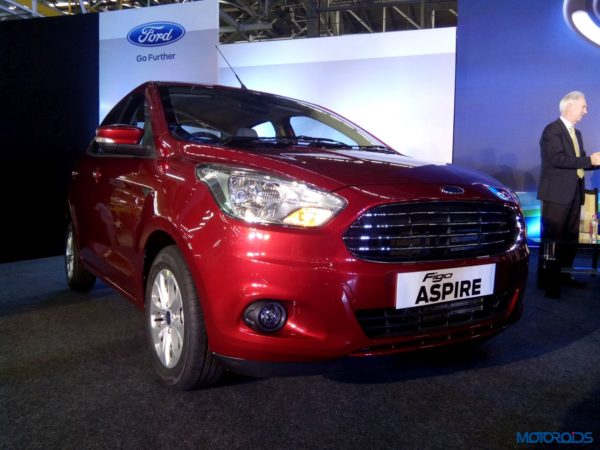 The Figo Aspire will be made available with petrol and diesel engines. The petrol engine would be a 1.2 liter unit with variable valve timing. It will be an improved, more powerful and more fuel efficient version of the unit found on the current Figo. Diesel power would come in the form of a 1.5 TDCi mill which can be expected to deliver class leading power and torque. The engines will be mated to a 5-speed manual transmission and an automatic variant will also be offered.

Expect the new car to boast trademark, enjoyable Ford drive feel, which can be safely expected to be segment-best. 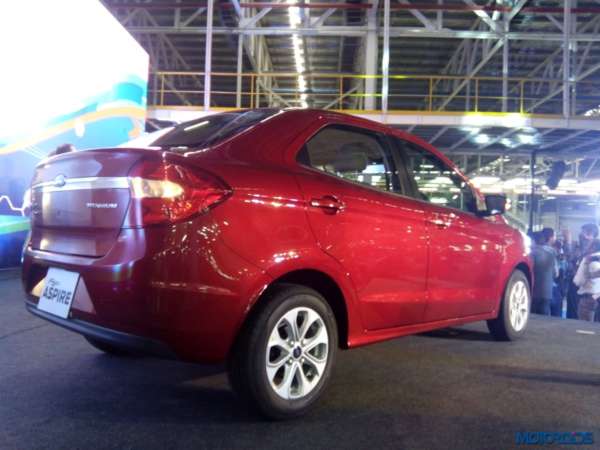 From what we know thus far, Ford has worked very hard to liberate maximum amount of space inside the cabin. The new Figo Aspire, thus, could pop a few surprises as regards leg and shoulder room. The new model will be priced aggressively and will go after volumes, not margins. The new Figo Aspire will be launched by June 2015. 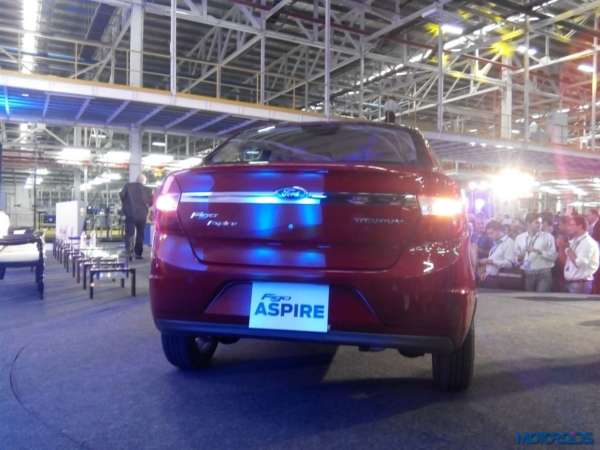 The production of the Figo Aspire will be followed by the Figo hatch and the assembly of the new Endeavour, we have already spied exclusively doing test runs in India.

Check out the image gallery of the new car in the post below.