Ahead of its launch that is likely to take place in the coming weeks, the Ford EcoSport Titanium S variant has been spotted at a dealership. The images, said to be taken at dealership in Kerala, reveal the new variant of the EcoSport, which was previously spied testing with a ‘Signature Edition’ badge. 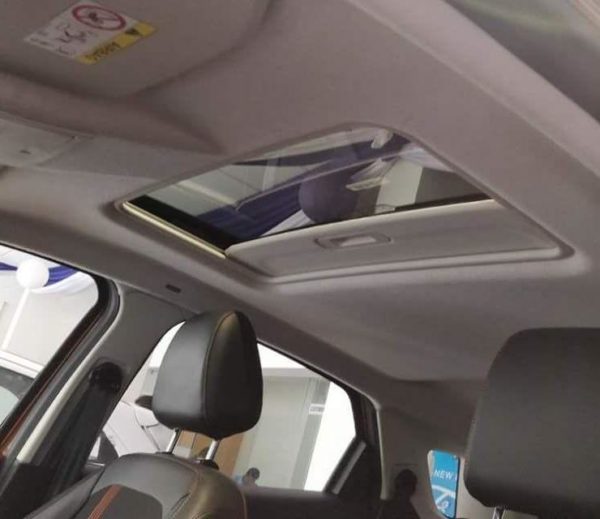 As seen in the spy images, the two big features that have been added to the Ford Ecosport Titanium S variant include a sunroof and a six speed transmission. A few other highlights of the EcoSport Titanium S variant include smoked projector headlamps with LED DRLs, front grille with a dark grey finish, blacked out roof and roof rails and a dual tone bumper with fog lamps. 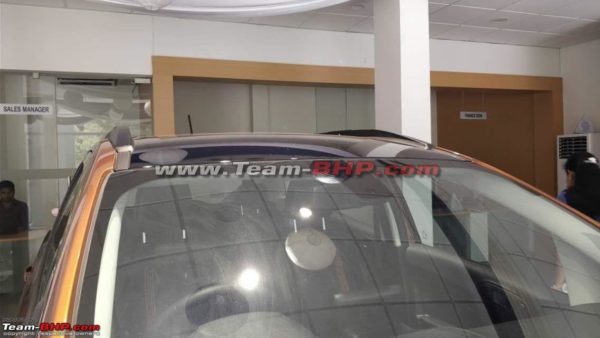 Inside, the Titanium S variant of the Ford EcoSport will come equipped with a dual tone dashboard and seat upholstery with orange highlights.  Also on offer is a floating touchscreen infotainment system , twin pod instrument cluster divided by an MID console and a three spoke multifunctional steering wheel. 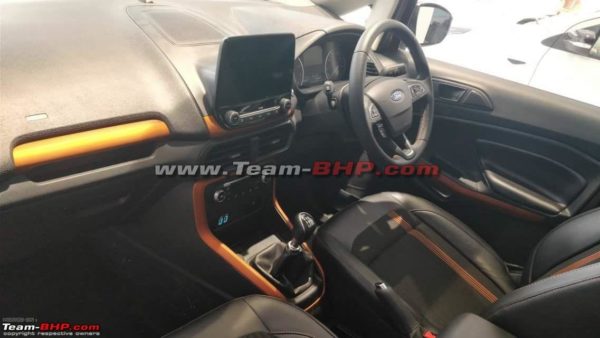 Engine specifications are likely to remain unchanged and hence the Ford EcoSport Titanium S variant could be offered with the same 1.5-litre, three cylinder petrol engine and the 1.5-litre, four cylinder diesel engine. These engines could be paired to a six speed manual transmission as seen in the images here instead of the five speed unit which is currently offered by the brand.