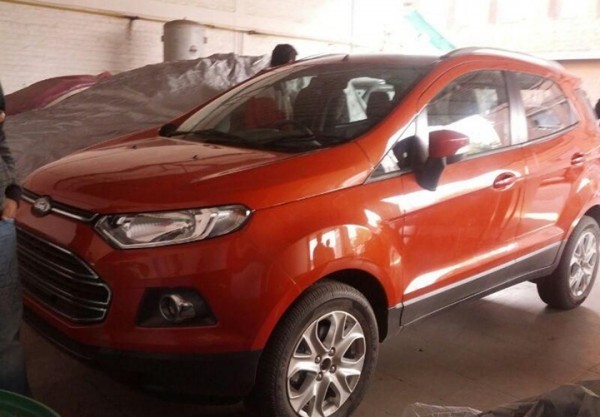 It is now a well known fact that the Ford EcoSport is very close to being launched in India and Ford India dealerships across the country have already started registering bookings for the upcoming compact crossover.

Ford India today announced that the units of EcoSport “are rolling off the production line and being shipped to Ford dealers throughout India”. Seen here are images of Ford EcoSport at a Delhi dealership.

Ford India has so far refrained from announcing the prices but the fact that the EcoSport will be exclusively manufactured in India for right-hand drive markets would mean that the heavy localization could enable the manufacturer to price the car ultra competitively. 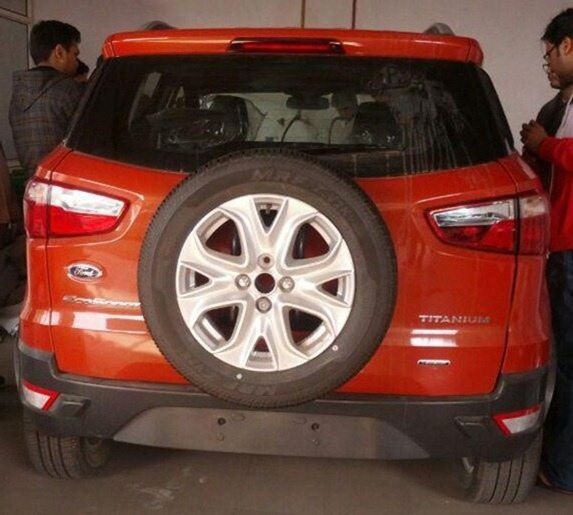 The Ford EcoSport will be launched in as many as 7 color options. The Titanium variant will get Smart Keyless entry and Push Button Start. The SYNC emergency system will come in the top two variants. The two top of the line variants will also get a CD/MP3 player and a 3.5-inch multifunction display.

As for the prices, they aren’t out yet and your guess is as good as ours.